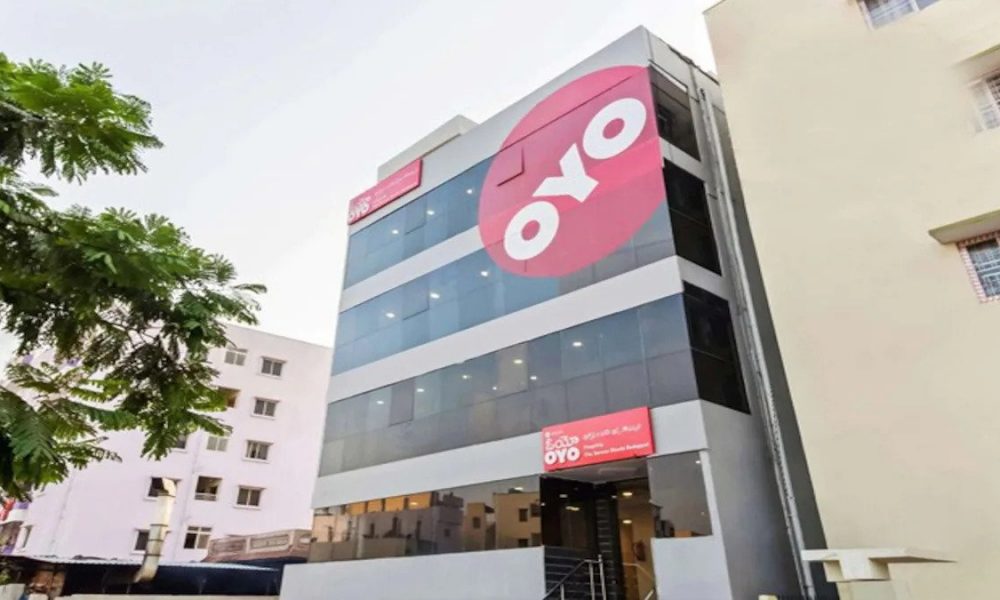 India-based OYO To Lay Off 600 Employees In Major Reorganisation

In a corporate and technological division restructuring, Oyo, which is a SoftBank-backed India-based hotel chain, is looking to lay off 600 staff members.

In a statement, the company said, “OYO will downsize 10 percent of its 3,700-employee base, which includes fresh hiring of 250 members and letting go of 600 employees.” The company also added that the product and engineering teams merge for smoother functioning.

Regarding the 250 new hirings, the company will primarily be adding to its relationship management teams to ensure better consumer and partner satisfaction and in business development teams to help scale up the number of hotels and homes on its platform.

“We will be doing all that we can to ensure that most of the people we are having to let go are gainfully employed,” said Chief Executive Officer Ritesh Agarwal. He added, “it is unfortunate that we are having to part ways with many of these talented individuals who have made valuable contributions to the company.”

In confirming the layoffs, the company said, “The downsizing in tech is also happening in teams which were developing pilots and proof of concepts such as in-app gaming, social content curation, and patron-facilitated content. Additionally, members of projects that have been successfully developed and deployed, such as ‘Partner SaaS,’ are being either let go or redeployed in core product & tech areas such as AI-driven pricing, ordering, and payments.”

As the integration of various functions of its European vacation homes business progresses, it is downsizing some parts of the business to increase efficiency and harness synergies. The company has reassessed its corporate headquarters base, merging congruent roles and flattening team structures where needed.

Additionally, the company has cut down operations in China and the US and is now focusing on India, Southeast Asia, and Europe. 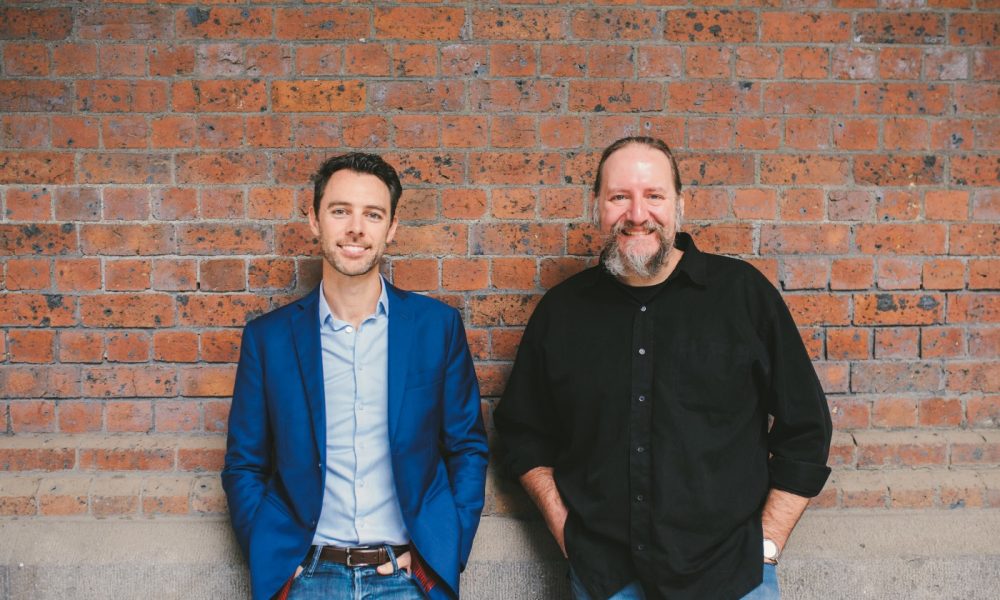 FrankieOne is an Australian compliance technology startup. It provides a global platform connecting customers to multiple identity verification and fraud detection vendors via one API.

Recently, it has secured fresh funding of US$ 15.5 million for its Series A+ round which was led by AirTree and Greycroft that also saw the participation of Reinventure, Tidal Ventures, Apex Capital, and also two of the world’s largest crypto exchanges Binance Labs, and Kraken Ventures.

The recent fresh funding would allow FrankieOne to expand its business across Asia Pacific and North America, bringing the Australian company’s total Series A funding to US$30 million.

FrankieOne was founded in 2019 by serial fintech entrepreneurs Simon Costello and Aaron Chipper. The startup has worked with financial and e-commerce service providers such as Shopify, Afterpay, and Westpac to help with regulatory compliance, such as user verification and fraud detection.

The company now provides access to a global landscape of identity verification and fraud detection provider connecting banks, Fintechs, crypto exchanges, and gaming companies to prominent vendors and data sources across 48 markets. The company has a growing presence in countries such as Australia, Singapore, and the US.

“What sets FrankieOne apart is it allows its customers to switch on vendors, create dynamic workflows, add in further fraud signals and add new markets, ensuring our customers can respond quickly to changing regulations and updated business requirements, without taking on any additional work burden,” Costello said.

John Henderson, Partner at Airtree Ventures said this about their partnership with FrankieOne: “With recent high-profile security breaches shining a spotlight on organizations’ responsibility to protect customers, fraud detection has never been more business-critical. The global fraud detection and prevention market is expected to reach USD 129.17 billion by 2029, and we believe FrankieOne is well positioned to continue to capture the growing market – they continue to impress us with their strong growth, unit economics, and ability to attract some of Australia’s largest financial institutions as customers.”

The company claims its revenue grew 4,700 per over the last 12 months, with customers including market leaders Westpac, Shopify, Afterpay, and Pointsbet.

Touch ‘n Go continues to see improvements and further expansion of its operations. The eWallet company has incorporated new security measures which were imposed on banks by Bank Negara Malaysia to combat malicious financial scams; this is due to the recent rise of security breaches among eWallets and bank transactions.

The company’s Chief Executive Officer said, “Touch ‘n Go eWallet places great emphasis on privacy and security features to safeguard our users’ interests. We believe that the measures we have put in place will give our users peace of mind that the money in their eWallet is protected and every transaction they make is safe and secure.”

Touch ‘n Go being a part of the National Scam Response Centre, will implement five strategies by the first quarter of 2023:

Besides tightening its security, the company is also looking to expand its digital payments to Mainland China, which allows for a seamless cashless experience when traveling abroad through its collaboration with Alipay+, which is a global cross-border digital payment and market solution operated by Ant Group.

Alan Ni, the company’s CEO, said, “we are pleased to continue our partnership with Alipay+ on cross-border payment solutions and expand our services territory beyond Singapore, Japan South Korea. Touch ‘n Go eWallet is the first Malaysian eWallet which can be used for payments in Mainland China. This augurs well for all our users traveling there as they will enjoy the ease of making cashless payments, and in Ringgit Malaysia as well.”

He added, “We expect our users to experience the same seamless convenience of using Touch ‘n Go eWallet in Mainland China as how they would in Malaysia, and with the assurance that their transactions are safe and secure. We will continue to grow our acceptance to more markets in time to come.”

Alipay+ has been gaining ground in markets including Southeast Asia, South Korea, and Japan and has connected local and regional merchants through various digital payment methods. Globally, Alipay+ covers over 1,000 online platforms, more than 10 major airports, over 90,000 convenience stores, over 360,000 restaurants, nearly 200,000 taxis, as well as major hotel brands, department stores, duty-free shops, and tourist facilities in Asia and Europe. In total, there are over 2.5 million merchants that support Alipay+. 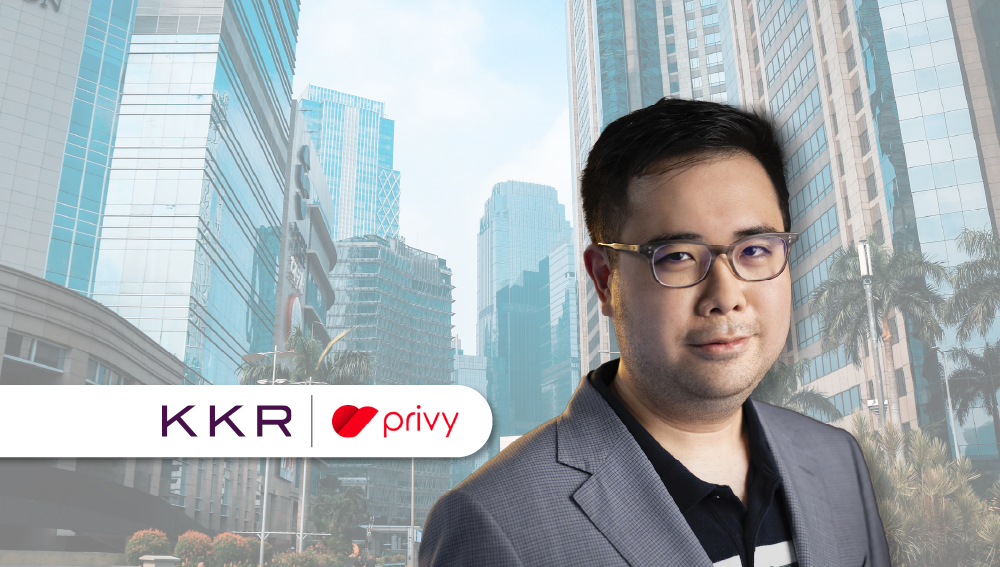 Kohlberg Kravis Roberts, also known as KKR, the global investment firm, said that it would participate as the lead investor for the Indonesian-based digital trust provider company, Privy.

The Series C funding round, which will be led by KKR, is set to inject the digital trust provider with $48 million in fresh funding. The funding round, besides participation by KKR, will also see participation from investors such as MDI Ventures, GGV Capital, Telkomsel Mitra Inovasi, and new investors that include Singtel Innov8.

The funding will be used to build on Privy’s leading market position as the go-to digital signature and digital identity provider in Indonesia, as well as support the development of new products and services for consumers and businesses to go digital. There are also plans to expand to overseas markets with the new funding round.

This round of funding comes after Privy raised $17.5 million in a Series B funding round led by GGV Capital in October last year. The round also saw the participation of Endeavour Catalyst, Buana Sejahtera Group, and existing investors MDI Ventures, Telkomsel Mitra Inovasi, Mandiri Capital, and Gunung Sewu Group.

According to Louis Casey, KKR’s growth technology lead in Southeast Asia, “we look to leverage KKR’s global network and operational expertise to take Privy to its next level of growth and extend its leadership in digital trust for individuals and enterprises in Indonesia and beyond.”

The investment in Privy comes after KKR’s other recent growth technology investments in the broader Asia-Pacific region, including Education Perfect, an education software platform in New Zealand; dataX (formerly from Scratch), internet software and services company in Japan; NetStars, the operator of Japan’s largest QR code payment gateway; and Livspace, a Direct-to-Consumer home renovation platform with a presence in India and Singapore. 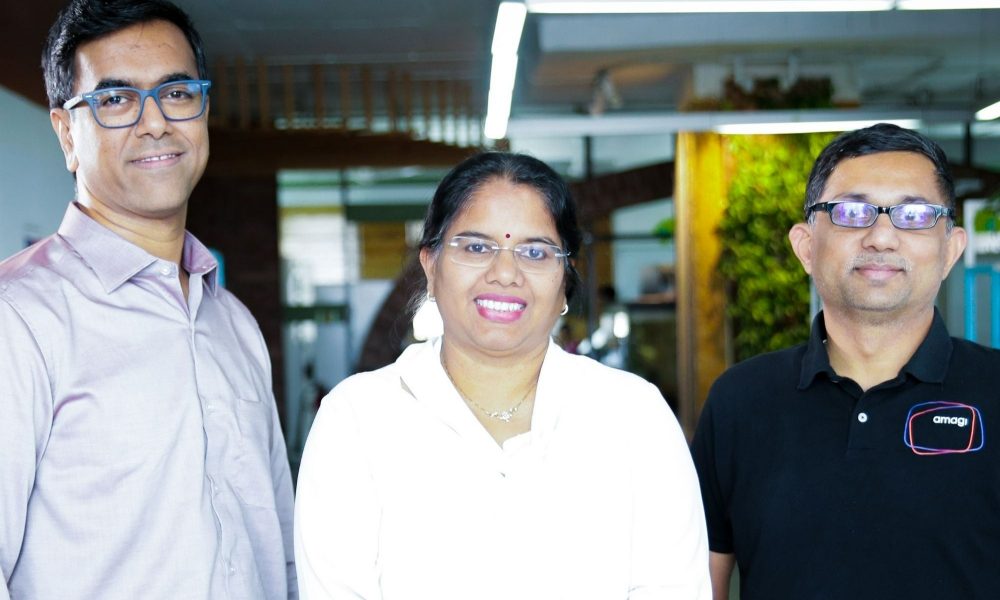 The funding round saw participation from Norwest Venture Partners and Avataar Ventures, said the Bengaluru-headquartered startup in a statement.

This is the second round of investment for the Bengaluru-based company in 2022. In the previous funding round, the startup raised $95 million from General Atlantic via a fresh allotment of preference shares, as per a regulatory disclosure.

The funding round, which was led by Accel in March this year, provides the company with a complete suite of solutions for the creation, distribution, and monetization.

The company, which has previously already attained a unicorn status, further bolstered its position in India’s saturated unicorn club. The recent investment gives General Atlantic an 8% stake in the company, with the company’s valuation at around $1.45 billion post-allotment.

Amagi has been looking to expand its international footprint as well as its product portfolio. The company was also exploring allied and adjunct opportunities in the cloud and video market and evaluating merger and acquisition (M&A) opportunities that can contribute to revenue growth or add technology capabilities to product lines.

Among the customer’s customers are media conglomerates such as NBCUniversal and Paramount; connected TB majors such as Samsung TV Plus and LG Channels; Content owners like Tastemade, USA Today, and AccuWeather; and streaming companies such as Fubo, STIRR, and Rakuten TV.

At present, Amagi claims to support 650+ content brands, 800+ playout chains, and over 2,000 channel deliveries on its platform, with a presence in over 40 countries, including cities and regions such as New York, Los Angeles, Toronto, London, Paris, Australia, South Korea, and Singapore.