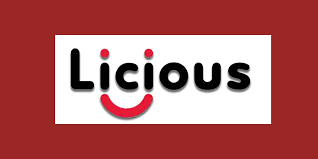 In a round led by IIFL AMC’s late-stage tech fund, Licious, an India-based direct-to-consumer (D2C) startup that offers premium meat and seafood, raised $52 million at a valuation of $1 billion.

The startup will use the new funds to expand its manufacturing and processing capacities, enhance its tech backbone, and scale up the brand.

Licious was founded in 2015 to disrupt India’s $40 billion unorganized meat and seafood sector.

The pandemic has generated tailwinds for the business, which currently distributes 2 million orders each month – a 5x increase from last year’s March.

“Our annual revenue run rate has increased from US$37.5 million before the pandemic to over US$135 million now,” said Abhay Hanjura, co-founder of Licious.

He also stated that the company has no plans to enter new markets such as grocery or dairy. “The goal is to develop a solid product rather than a delivery company,” he explained.

Licious has also increased its focus on ready-to-cook and ready-to-eat segments, accounting for approximately 20% of total sales.

Licious intends to go public within the next three years, but only after demonstrating consistent profitability, according to Hanjura. The company expects to be profitable within the next 15 to 18 months.

While the pandemic has put a hold on the company’s aspirations to expand internationally, it is considering entering Southeast Asian and West Asian markets by 2022.

Temasek and Multiples led a round of funding for Licious in July, raising US$192 million. Lucious is one of the country’s first direct-to-consumer (D2C) unicorns.