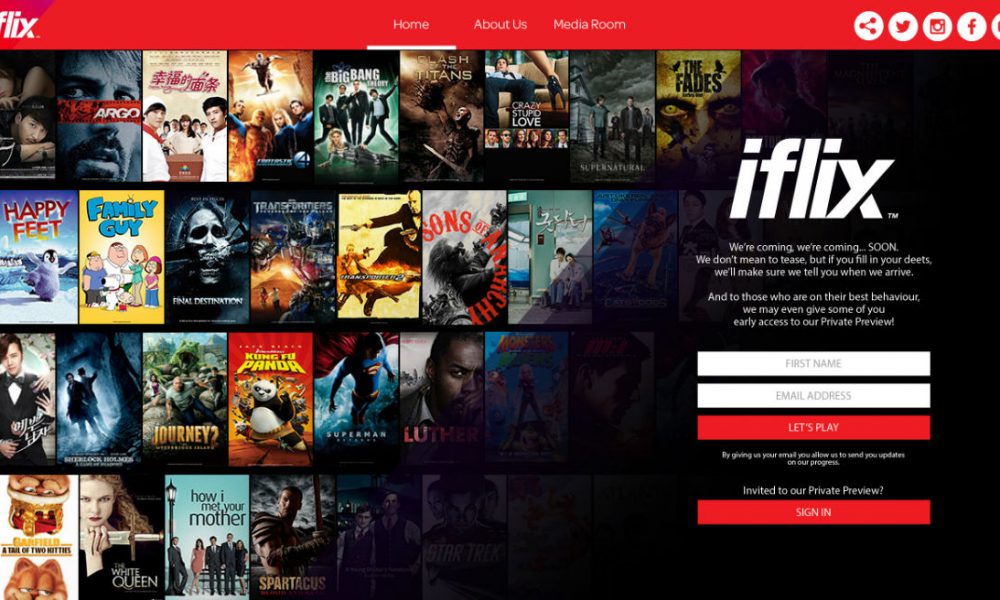 Malaysian-based iflix, a video-on-demand (VOD) service platform that began operations in 2015, was recently featured in a report published by Google as one of about 70 emerging and aspiring unicorns in the Southeast Asia region. The startup was hailed as a competitor to Netflix in the region, and as of 2019, it boasts more than 25 million subscribers on its platform.

Founded by Mark Britt and Patrick Grove, iflix originally began as a subscription VOD service that heavily featured western content. Since then it has radically altered its content structure to put more emphasis on locally made productions to better serve emerging markets, and one of its aims is to support homegrown talent by focusing on original programming and local movies. Iflix’s VOD service is currently present in more than 20 countries spread across the regions of Asia, North Africa, and the Middle East.

The company is pioneering a trail in the entertainment industry of Southeast Asia. They are not averse to making big changes to their business model in response to evolving market sentiments and needs. Recently, the platform committed a major pivot by making a vast portion of its library of content free to watch last year.

According to iflix, this was done in order to reach out to a wider base of customers, as emerging markets currently lack the technological infrastructure and expertise required to implement a sound payments system, and most users in these countries also encounter financial challenges that hinder their ability to pay their subscription fees regularly. Thus, in order to overcome these challenges and better serve their market, iflix opted to switch to a two-tiered VOD service. The company noted that this move has brought positive results for both itself and its users.

By putting their focus on supporting local content creators and locally made productions, the company is signaling that it wants to be the dominant local entertainment provider for emerging markets in the region.

From its beginnings as an SVOD platform where almost the entire catalog of their entertainment content comes from the west, its content library now largely consists of local content at around eighty percent. The Malaysian-based startup said market research has shown that, while demand for western-made productions is strong, the demand for quality local content is significantly much higher.

Sensing an opportunity to serve this space, iflix began to shift focus from providing western content to emphasize more on local content production and delivery. Besides box office exclusivity of local films and movies, iflix also features live sports programming of major local sporting events, such as live football matches that are popular with local audiences.

iflix has many partnerships with leading telecommunications providers and companies in the countries it operates, such as Telekom Malaysia and Digi Telecommunication in Malaysia, Smart Communications and Philippine Long Distance Telephone Company in the Philippines, and Telkom Indonesia and Indosat Ooredoo in Indonesia, for strategic outreach and broader market penetration.

The aspiring unicorn iflix is setting its eyes on being the premium quality local content provider for the emerging markets of Southeast Asia. With more than half a billion people connected online through a mobile broadband connection, the region is proving to be a rich fertile ground for innovative and trailblazing startups like iflix to prove their mettle and generate a multi-billion dollar business.