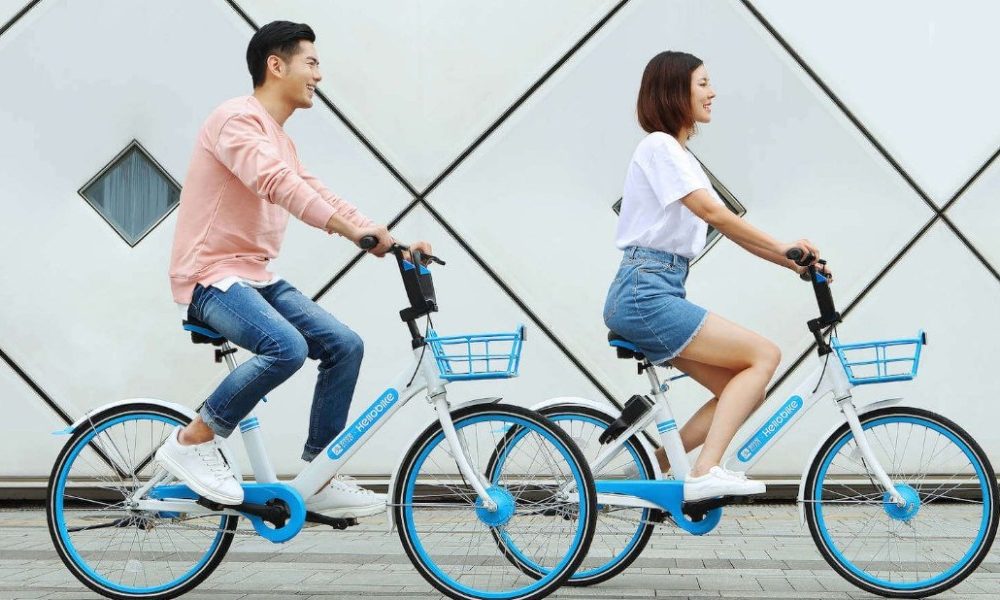 Chinese bike-sharing giant Hello TransTech has recently filed for an initial public offering on the United States stock exchange board, according to a report by Bloomberg.

Previously known as HelloBike, Hello TransTech is a bike-sharing startup that has survived China’s bike-sharing bubble back in 2018 where there were dozens of new bike-share startups that flooded the street with millions of brightly colored rental bicycles.

At its height, the industry has attracted billions of dollars in investment before going bust and creating huge piles of abandoned and broken bicycles in this famously photographed bicycle graveyard photo.

While rivals such as Mobike and Ofo have retired from the industry after incurring huge losses, Hello TransTech has expanded its business beyond bike rentals, now having transformed its business model into a one-stop transportation solution provider, offering everything from smart locks to artificial intelligence-enabled traffic planning and carpooling.

Founded in 2016, Hello TransTech gained traction quickly as the first bike-sharing operator to focus its business within China’s smaller cities.

Currently, the startup claims that it is the largest two-wheel transportation app in China, having over 400 million registered users in its dashboard and its bikes can be found in over 400 cities across China.

Around 70% of the platform’s user base is comprised of the internet-savvy segment born post-1980 and post-1990, though users in other age groups are rising, according to the report submitted by the company.

However, despite its success in extending the brand and intro various other services, in terms of bike-sharing, the startup still faces competition from larger rivals like Didi Chuxing Technology Co. and Meituan, which took over Mobike in 2018. More recently, these companies have been venturing into electric bicycles, a growing segment of the market.

To date, Hello TransTech’s valuation stands at US$5 billion, according to CB Insights, with its backer portfolio including Primavera Capital Group, Fosun International Ltd., and GGV Capital. Ant Financial is also a large investor in the company, having joined in four of the company’s seven funding rounds, which have raised a cumulative funding capital of US$1.8 billion.

The startup said it has yet to decide the size and valuation of the IPO and is gauging investor demand recently. Despite that, IFR reported in its filing submission that it was examining plans to raise as much as US$1 billion.

For this listing, Hello TransTech is working with China International Capital Corp., Credit Suisse Group AG, and Morgan Stanley for the listing.