Indonesian startups in momentum for 2019 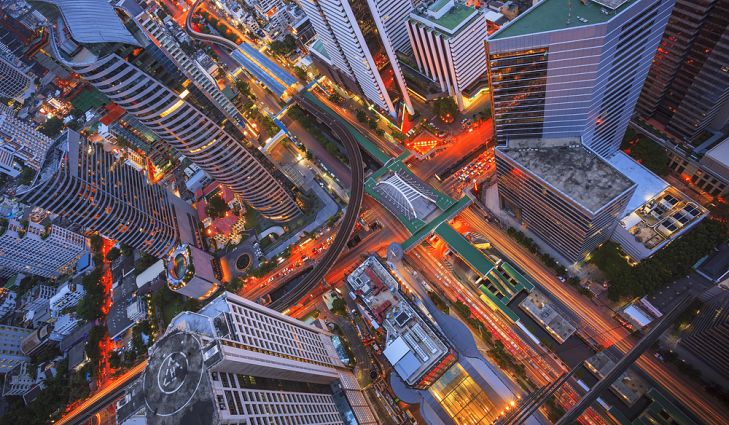 The potential for growth in the country’s digital industry has made it attractive to both investors and entrepreneurs so much that Google and Temasek said that Indonesia’s digital economy is projected to become the largest in Southeast Asia with its market value estimated to tripling from US$27 billion in 2018 to US$100 billion by 2025.

In fact, Indonesia’s startup landscape is one of the most dynamic in Asia. Daily Social reported that Indonesian startups have secured at least 51 investments in 2018, including

Not including the funding received by the unicorns, Indonesian startups has received a total investment of IDR4 trillion (about US$274 million).

Among the industries, e-commerce and fintech received the most funding, while AI-based services bolstered those platforms and others by creating chatbots for them.

For the edtech sector, the only major announcement was Ruang Guru’s grant from the MIT Solve Programme in May. Two Natural Language Processing/Understanding platforms also secured funding last year, namely Bahasa.ai that received seed investment from East Ventures in August, and Prosa that received funding from Kaskus.

New retail sector has also been promising, as Warung Pintar, which translates to Smart Kiosk, raised two investments in 2018—US$4 million from East Ventures in February, and then the same amount from Vertex Ventures, Pavilion Capital, and Line Ventures in August.

Expectations for Indonesian Startups in 2019

In 2019, fintech is expected to continue as the forefront of Indonesia’s digital industry, with the potential of collaborations with financial institutions.

Bhima Yudhistira Adhinegar. an economist at the Institute for Development of Economic and Finance predicts that small commercial banks with capital less than IDR1 trillion (about US$69 million) may form partnerships with fintech platforms as a move to keep their services up to date, while the bigger banks with more capital are looking to develop their own fintech platforms.

Since Indonesia’s e-money market is largely untapped, the country’s digital payment sector still has room for development. Major fintech players like TCash, Go-Pay, and OVO are seeing continuous growth, and the adoption of QR code technology will also address demand.

Local media outlet Katadata quoted Bhima saying, “Payment trends with QR codes will be carried out by new players, especially from China, such as Alipay and WeChat Pay.” Fintech players will also need to form partnerships with merchants of various sizes, from small and medium enterprises (SMEs) to big businesses, to facilitate wider adoption. Insurance and wealth management also hold potential for fintech applications, as many Indonesians currently do not have insurance coverage of any form.

For e-commerce, the race between major platforms—Tokopedia, Bukalapak, Lazada, and Shopee—will be increasingly tense, so Bhima doesn’t expect new e-commerce platforms to emerge this year. The latest iPrice statistic shows that local players like Tokopedia and Bukalapak are far ahead of the competition.

More SMEs are expected to be active on e-commerce platforms, as the market research agency Nielsen Indonesia estimates local products offered by SMEs accounted for 46% of product purchases during the national shopping day in December last year.

Startups in other sectors may also find a foothold in Indonesia this year, as suggested by Yansen Kamto, initiator of the 1000 Digital Startups movement in Indonesia. “I am very hopeful with new sectors like healthcare and educations,” he told KrAsia. “We can expect new unicorns coming from these two sectors in 2019, and I’m also particularly excited with the food-related ecosystem, including delivery, grocery, agriculture, supply chain, as well as a payment solution.”

This is in line with what was stated by the Minister of Communication Rudiantara last year. He projects that Indonesia will have more than five startups each valued over US$1 billion in 2019, with healthcare and education being the most promising sectors for new unicorns in Southeast Asia’s biggest economy.

To support Indonesia’s digital ecosystem, the government has developed several programmes, including Nexticorn, SMEs Go Online, and Farmers and Fisherman Go Online. The government also promises to strengthen its e-commerce roadmap and digital certification this year.

So as regional players enter Indonesia’s startup scene, new opportunities for collaboration and expansion may emerge for local firms, both within their home country and across the region.