Where does the Philippines stand in Southeast Asia startup Ecosystem? 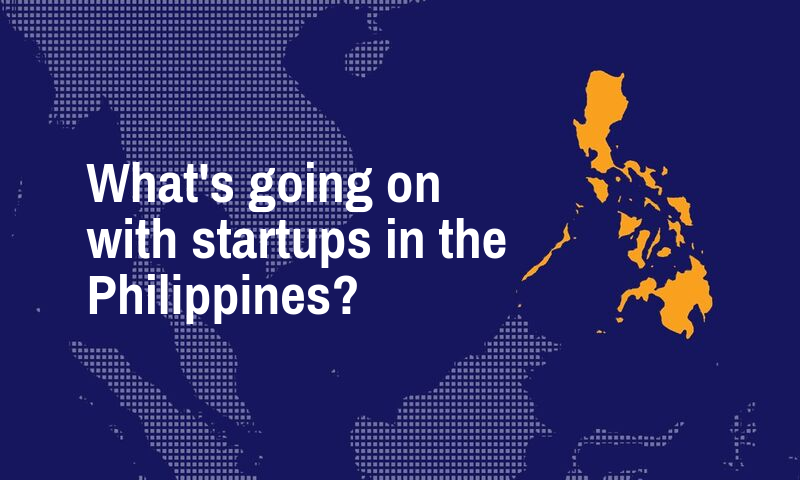 We can’t deny it. Southeast Asia is booming as we see Indonesia and Singapore becoming home to more than a dozen unicorns over the last decade. But then again, if we were to zoom into the Philippines, a different story was told.

Just behind Indonesia, the Philippines is the second-largest country in Southeast Asia with a population of 106 million people. However, its startup scene has yet to produce strong local players that are on par with its Southeast Asian counterparts like Grab or Traveloka.

In the Philippines, there’s only one unicorn: Revolution Precrafted, a property tech firm specializing in luxury prefabricated homes — which drive people to question why?

While the country faces problems like its archipelago being fragmented into thousands of islands or the population struggles with inequality and poverty, these are also the same issues Indonesia faced.

One of the biggest issues, many entrepreneurs claim is holding the Philippines back is the lack of access to capital.

“We have a very young ecosystem and we still need to do a lot in order for us to move on to the next phase. What we need to do is to provide a lot of funding, which at the moment is still at a very low level,” said Rafaelita Aldaba, the undersecretary of the Philippines’ Department of Trade and Industry.

In terms of deal volume, e27 has reported that Indonesian startups have secured at least 46 investments in 2018 which amounts to US$4.07 billion while active startups in the Philippines only raised US$304 million in the same year.

Besides, many entrepreneurs also attribute the Philippines lack of unicorn activity to the general lack of startup entrepreneurship and a conservative business mindset that hinders potential growth.

In other words, the population sees entrepreneurship as highly risky. Founders would have to be able to withstand certain social pressure to start his or her own company and very often, the most difficult part is convincing your parents that it is okay to pursue this path.

As such, the number of tech startups in the Philippines does not tally with the fact that it has a tech-savvy and tech-enabled population.

However, the Philippines’ startup ecosystem is gradually showing signs for the better.

Based on a 2019 report by Startup Blink, the Philippines’ startup ecosystem currently places 54th out of 100 countries all over the world. This compared to the results that were done two years ago, the country has moved up 16 places.

This Startup Ecosystem Rankings for 2019 considers the quantity and quality of both startups and supporting organizations in a given location, as well as the context of its larger business environment.

For the Philippines’ increase in rankings, the report credited it to the connectivity between suburbs and cities in the cluster of Metro Manila, as well as the increasing tech literacy and English proficiency among Filipinos.

The population of both startups and local startup incubators are also on the rise in Manila, as notable incubators like IdeaSpace has received a total of 4,386 applications for its annual program entry.

Besides, the lack of entrepreneurship is also seeing a good turn as the government has taken initiative and started improving the state of the startup economy.

They created a five-point plan to foster the ecosystem and encourage entrepreneurial success, actively organizing various entrepreneurship programs such as P3 Program and Kapatid Mentor Me Program that aims to change the state of the startup ecosystem in the Philippines.

With these collective efforts in helping to change the ecosystem, the expectation is that the Philippines startup ecosystem will grow rapidly in size.

“The Philippines has incredible potential to be a leading startup hub owing to the country’s favorable demographics, available tech talent, and rapidly growing economy,” said Katrina Chan, the Director at QBO Innovation Hub.

“We are starting to see more elements come into place, such as increased investment activity, growing public and private support, rising interest in entrepreneurship which makes me believe the Philippines can live up to its promise and produce the next unicorns to rival the biggest names in the region in the next few years,” she added.

Currently, what we can see with the Philippines is that the country is advancing forward at its own pace with increase infrastructure available, market dynamics, maturing talent, and other economic variables involved in the process.

Who is the Next Unicorn in the Philippines?

Overall, the fintech sub-sector in Manilla is the one to watch. Based on the 2019 Global Startup Ecosystem Report, around 15% of the startup ecosystem consists of Fintech startups.

The country also sees the transaction value of these fintech startups reaching US$5.7 billion in 2018 and is forecasted to nearly double to around US$10.5 billion in 2022.

In a piece of recent news, PayMongo has also secured U$2.7 million seed funding which the startup claims is one of the record-breaking seed round raised for any startup in the Philippines.

First Circle, a startup which provides supply chain financing, raised US$26 million in 2018 that sets it up for regional expansion. But on the other hand, Coins.ph and Voyager Innovation were both acquired by larger companies.

Coins.ph was acquired by Indonesian ride-hailing unicorn Go-Jek for US$72 million whereas Voyager Innovation which is involved in the delivery of digital services was acquired for US$215 million.

This begs the question if Philippines startups will persevere long enough to become a unicorn, amidst a trend where most startups, statistically 8 in 10, prefer to take the easy exit.