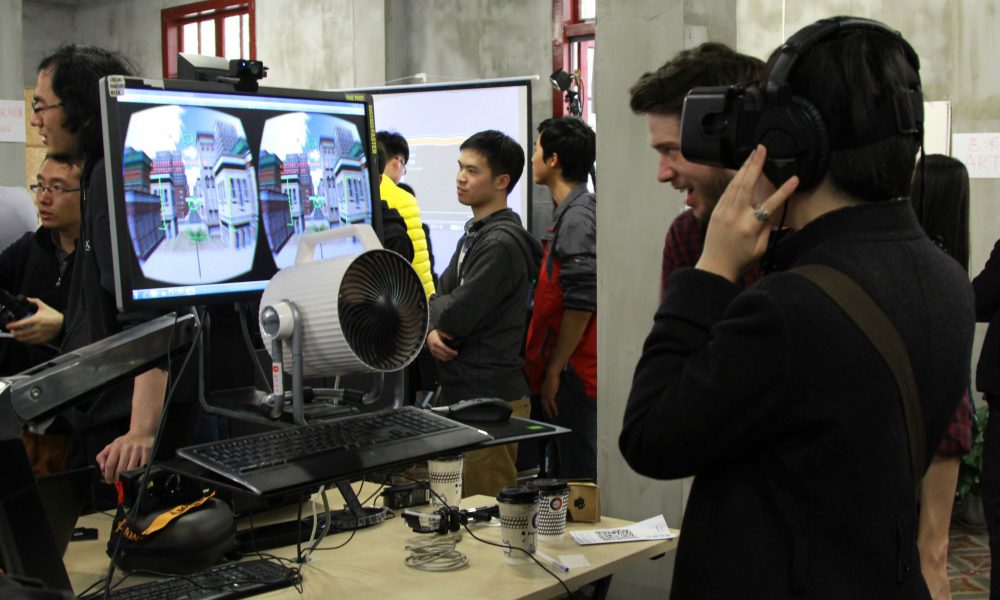 The Virtual Reality hype continues to grow in China as Taiwan-listed smartphone maker HTC Corporation advances its grip in the sector by creating an RMB 10 billion (about US$1.5 billion) investment fund in a VR research center. This is a sector that the company has taken interest this year when it decided to diversify its range of products through expanding to VR devices amid a declining demand for cell phones in the global market.

On a similar vein, HTC Corporation has previously launched HTC Vive, the company’s first VR device that met the market last year in Beijing. Following this, the company now pursue to sign a strategic partnership with Shenzhen municipal government in China, creating a research center that is meant to boost virtual reality developments.

Based on the partnership agreement, Shenzhen municipal will support HTC to form the China VR Research Institute and promote Virtual Reality development together with the establishment of the US$1.5 Billion Shenzhen VR Industry Fund.

The new investment fund targets to attract enterprises involved in the VR industry, and investment from within China and other countries as well. The new partnership is determined to achieve breakthroughs in the core technologies of sensors, display, graphics, data visualization, human-machine interaction, and other related areas.

It will also create an innovation system in which enterprises, universities, research institutes, and investment organizations can all participate and drive the evolution of the ecosystem together. VR technology applications across various industries, such as healthcare, military, engineering, design, and manufacturing, will be highlighted.

Established by HTC and the Shenzhen Industry Guiding Fund, the Shenzhen VR Investment Fund is visioned to become the world’s largest single VR-focused fund, assisting the development of the VR sector as well as accelerating the growth of related startups.

From June to October this year, HTC assisted the Shenzhen Municipal Science and Technology Innovation Committee in creating the Action Plan for Promoting Technological Innovation and Industry Application in Shenzhen’s VR Industry (2016-2020). This cooperation was touted as instrumental in laying a foundation of collaboration for the future development of VR.

Prior to this, the Taiwan-based consumer electronics firm HTC Corp has also admitted eight new members to the Virtual Reality Venture Capital Alliance (VRVCA) which is a consortium of the world’s top VCs who aim to invest and support. The event is supported by 42 investors members.

“Virtual reality will transform the way we interact with the world. We can see enormous business opportunities arising from this disruptive innovation,” Cher Wang, co-founder and CEO of HTC said.

VR is forecast to be a US$30 billion market by 2020, according to tech M&A advisor Digi-Capital. Henceforth, the company US$10 billion investment would be a third of the industry’s total market size in the next four years.