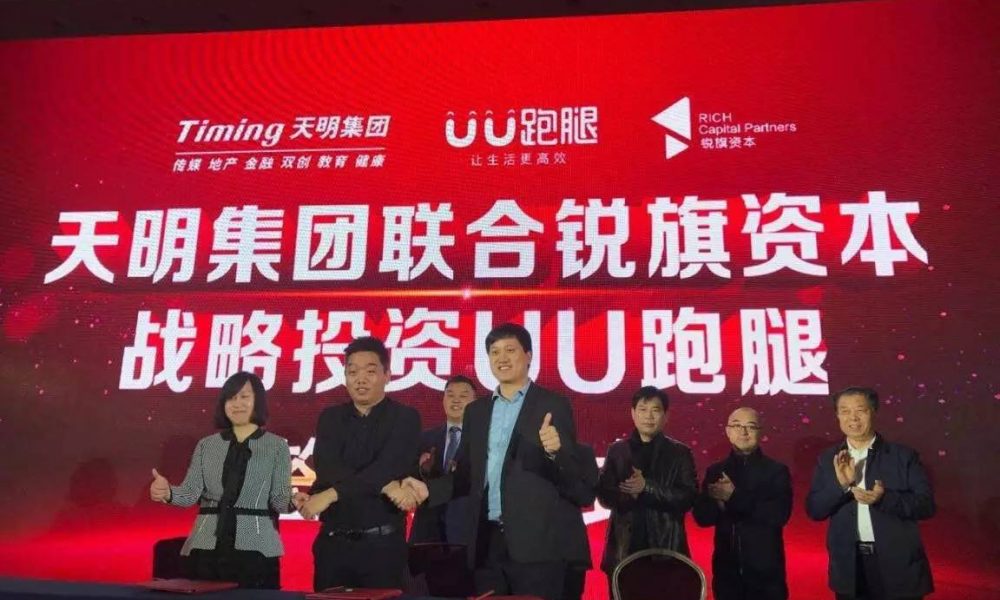 Zhengzhou Time Funnel Information Tech Co., Ltd., a mobile internet company and the developer of flagship product UUPT.com, a platform that connects errands runners to busy city people has raised RMB96 million (approximately US$13.9 million) via its series A round which was led by Timing Group, a Chinese venture capital founded in 1993.

At present, Timing Group has invested in 21 startups and enterprises, including UrWork, We Doctor, UFO, Day Day Up and more, focusing on health, finance, media, internet, and various other industries.

“We hope to look for the winning genes in enterprises and their founding team in Henan and all of China, and to provide them support in terms of culture, talent, system, brand, and resources to help them realise their inspirations, to be better, stronger and bigger,” said Timing Group.

Another participating investor also includes RICH Capital Partners. The investments made on January 8 by both investors has contributed to one of the largest single financing noted in Henan’s local internet and networking history.

Having its operations formally launched in June 2015, UUPT is currently available in Beijing, Shenzhen, Zhengzhou, Xi’an and 30 other cities. The platform claims to have more than 5 million registered users connected to 300 thousand runners.

The errand runner platform uses an all-inclusive operation, which calculates according to a single case, and the platform is only in charge of connecting errand runners and consumers, whereby the platform earns a 20% commission from every completed transaction.

The platform mainly provides city delivery services, allowing users to contact runners through WeChat or their official Website. The transactions made usually involves delivery services within 20 minutes or a 3 km range.

According to UUPT founder Qiao Songtao, these latest proceeds will be mainly used to improve service quality, data mining, talent acquisition and expansion projects in China, establishing their services in Hangzhou, Shanghai, Nanjing and other first-tier cities, as well as building a centralised operation centre in Beijing.