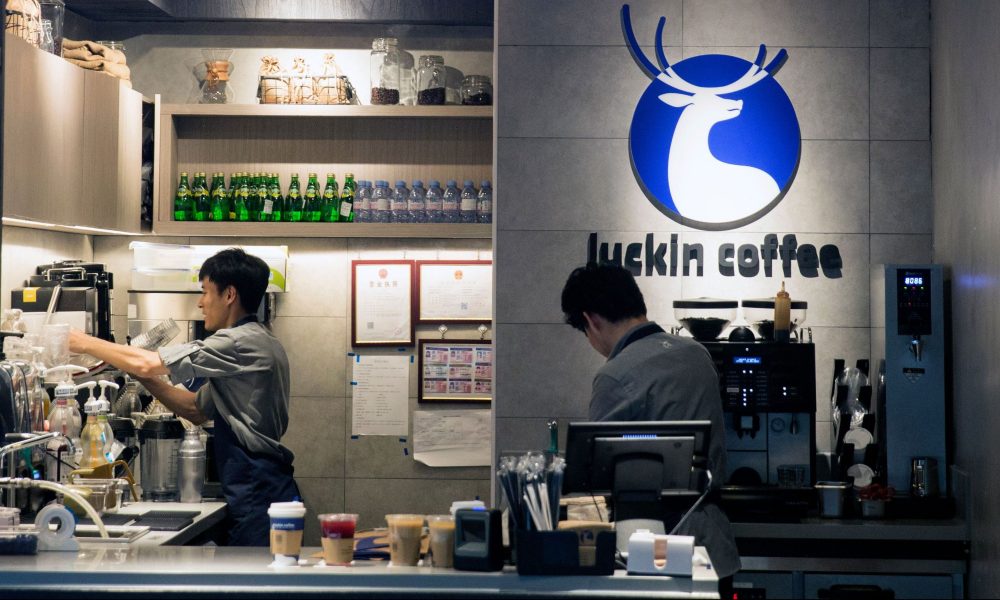 The funding round values Luckin at US$1 billion which makes it the newest Unicorn in China.

However, the scale of the capital and the fact that the round is labeled a Series A has been confusing because the company basically expanded overnight.

Luckin Coffee has rapidly grown using a mass-store model and the company was soon found everywhere in China. It entered the market vigorously and expanded across China’s first and second-tier cities.

But in less than nine months after its launch, Luckin Coffee has opened 525 outlets across China’s major cities, in addition to offering on-demand delivery services in partnership with S.F. Express. Luckin Coffee will deliver for orders over RMB35 (US$5.30) within 30 minutes.

Besides, the coffee franchise selling point was clear, it positioned itself similarly to Starbucks. Both highlighting their freshly brewed coffee to be of high Arabica standards and made with professional blending.

If that’s not enough to prove that it is a rival of Starbucks, the Chinese coffee chain has also opened fire on Starbucks, accusing the American coffee giant of engaging in monopolistic behavior and creating an unfair domestic trade market.

An act that Starbuck has called out as a publicity stunt.

Then again, Luckin is not a Starbucks copycat. The startup adds a technological touch making its coffee-shop model revolving around an app.

Luckin customers have to download the app to order and pay for their coffee. They do not accept cash and payments can only be made using WeChat or Luckin’s own coffee wallet. This breaks it out of the traditional retail mold, fitting it in with new retail trends like Alibaba and Tencent which partners with supermarket and convenience stores on mobile payments.

Similar to many other Chinese Internet-based startups, the startup has also been spending massively on cash discounts and promotions to gain market share. First-time customers can get a free cup of coffee, while their referrals can also get another free cup of coffee.

Despite the low prices and rising expansion project, the question is – how does the company justify its valuation and can it take on the coffee giant Starbucks?

Jeff Towson, an investment lecturer at Peking University in Beijing told Quartz, “Luckin Coffee can easily worth US$1 billion if it can execute on the business — but that’s a big if.”

He explains that a large part of Starbucks’ success is not just personalize marketing and coffee. China is Starbucks second largest market after the United States with more than 3300 stores in operation.

The coffee tycoon’s real leverage is with real estates whereby many of its stores are located strategically in expensive, high traffic locations that rivals cannot afford.

However, the startup uses app to draw people to less bustling locations that are cheaper to rent. This may be the solution to overcome the real estate power of the coffee tycoon.

Moving forward, Luckin Coffee plans to use the newly raised funds for product research, IT platform development, and business expansion.