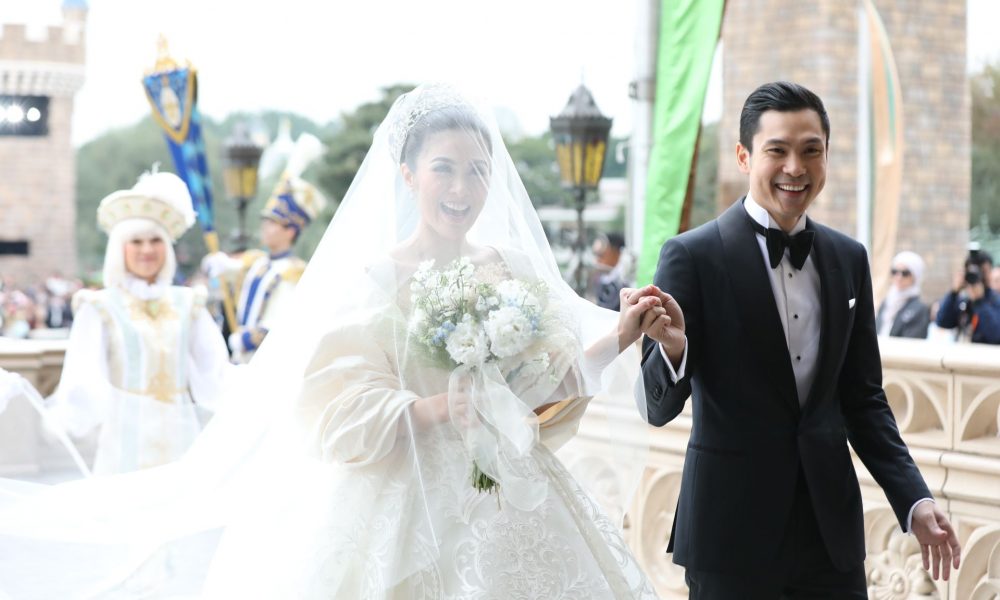 We heard rumors earliest in May from DealStreetAsia, and now the two are finally tying the knot.

The big news was revealed with a short creative Facebook video, showing a romantic couple giving compliments to each other and ending it with the say yes moment.

Founded in 2014, Bridestory lets you plan your wedding on your smartphone.

“It all starts with a web application, then we slowly saw the change in behavior as people became more mobile-centric. We also wanted to help brides to plan their wedding anywhere and anytime with their smartphone,” said Bridestory’s CEO Kevin Mintaraga.

The startup targets the wedding market in Southeast Asia, connecting soon-to-be-wed couples with wedding venues, organizers and all the vendors and service providers that are necessary to plan the big day.

The platform hosts 28 vendor categories from the wedding venue, catering, decoration, dress, photography, and entertainment, up to honeymoon plans and other unique services such as bridesmaids’ dresses, painting, and calligraphy.

To date, the startup claims to have linked more than 3.5 million customers to over 27,000 wedding vendors every year.

But not just wedding. Bridestory clarified in a press statement that Tokopedia has acquired all assets from Bridestory including its newer Parentstory established in October 2018.

Parentstory, though similar to Bridestory, connects parents and soon-to-be parents to different age-specific activities for their children.

Hence, the acquisition will cover all assets of Bridestory and Parentstory, including intellectual property, human resources, and its physical & digital assets.

Tokopedia specified that the acquisition will not change the business strategy of Bridestory and Parentstory, the site will continue to operate independently.

However, Kevin Mintaraga will become part of Tokopedia’s management as vice president.

Doni Hanafi, Bridestory’s Co-Founder & CTO said following the collaboration, Bridestory will continue to expand its business so that it can reach more partners and wedding customers.

At the moment, Bridestory is launching Bridestorypay to facilitate offline transactions to move online so that every prospective bride facilitate better payment experience.

Indonesia’s four tech unicorns – Traveloka, Tokopedia, Bukalapak, and Go-Jek have been acquiring smaller startups for a while now.

These acquisitions are usually done for various reasons – sometimes to accelerate their entry into new verticals or to acquire teams and technologies.

For the deal between Tokopedia and Bridestory, it seems to be both.

With that, Tokopedia has officially entered into the wedding marketplace.

William Tanuwijaya, the Co-founder and CEO of Tokopedia said the company is trying to connect with startups that have new innovations and products that will disrupt the ecosystem.

William added, looking at Bridestory and Parentstory, Tokopedia sees a ready ecosystem where the company has the connections of makeup artist, photographer, hotel, restaurant, as if they were a technology company.

“Through this acquisition, Tokopedia is committed to becoming a partner for these vendors to help them grow and evolve through technology, in favor to provide every bride and groom in Indonesia the best experience for one of the best moments of their lives. It is also the same with Parentstory in providing parents the best solutions and activities for their children,” said William.

Besides Bridestory, Tokopedia has invested in a number of other startups, including Sayurbox, Laku6, and AnterAja.

Although the value of the acquisition was not disclosed, it’s most likely that the fund was drawn from the US$2.5 billion funds raised from investors like Sequoia, Alibaba, and Softbank.

With this huge sum, it’s most likely the acquisition spree will continue. So, let’s stay tuned to what other acquisitions Tokopedia will make?