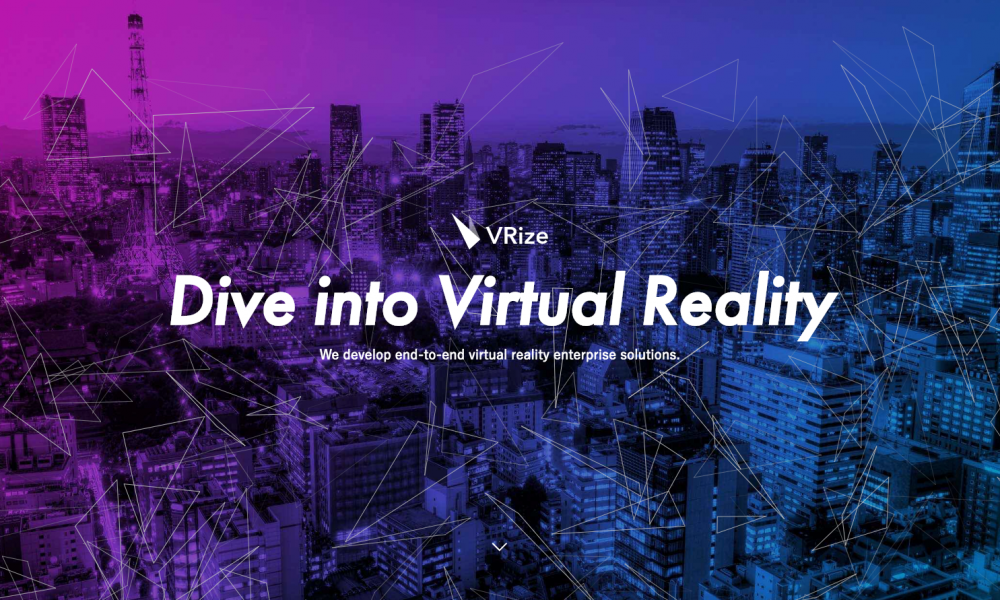 Boarding the virtual reality shinkansen is a Tokyo-based startup known as VRize. But this company is not into the VR world of entertainment or social networking, instead the startup is running an ad business that utilizes the virtual reality space. More specifically, VRize is providing a 360-degree VR ad network for enterprises.

Today, in addition to VRize Ads, the startup has also announced the launch of another new service, VRize Video along with the news that it has secured a round of seed funding from Japanese investment firm B Dash Ventures and Japanese web marketing company Speee. The amount of the funding has not been disclosed, but according to sources, it seems that the company has raised a six-digit sum in terms of US dollars.

To date, VRize is working on two applications, one being VRize Ads, an application launched earlier in August which produces VR ads that can be distributed in three different formats including 360-degree video ad, over 150-inch large-screen feel video ad and 3DCG video ad.

On the other hand, VRize Video is a content management system for VR which will allow companies to develop VR applications, that is including in-app video clips for several VR platforms such as Oculus, PlayStation VR, HTC Vive, GearVR and Daydream.

In addition to the distribution of VR apps including 360-degree and 2D video clips, VRize also plans to improve the system by adding several other features such as live-streaming and in-app analysis.

VR is on the rise, with Mark Zuckerberg latest keynote offloading many considered a “crazy demo” of VR, especially taking photos in an virtual reality and share it on “real-reality”, and Malaysia’s Havson Group is on it’s way to building the first ever VR theme park in Malaysia, who has recently won South East Asia Champion at Create@Alibaba (NYSE:BABA) Cloud Startup Contests, the world is seeing a revelation of new possibilities.

“The lines between virtual reality and “real” reality is getting blurred”, says Daniel Tan, CEO at Next Unicorn Ventures.

About VRize
VRize is a startup that provides VR advertising network, a solution that will help VR content producers and game developers to better monetize. The idea behind this startup was inspired by Immersv, operating on a similar business overseas. Besides that, VRize also aims to move the ad networks in the web field to the VR field. In any case, VRize is the first and true VR ad network in Japan, providing VRize Ads and VRize Video services. For more information, please visit http://vrize.io/