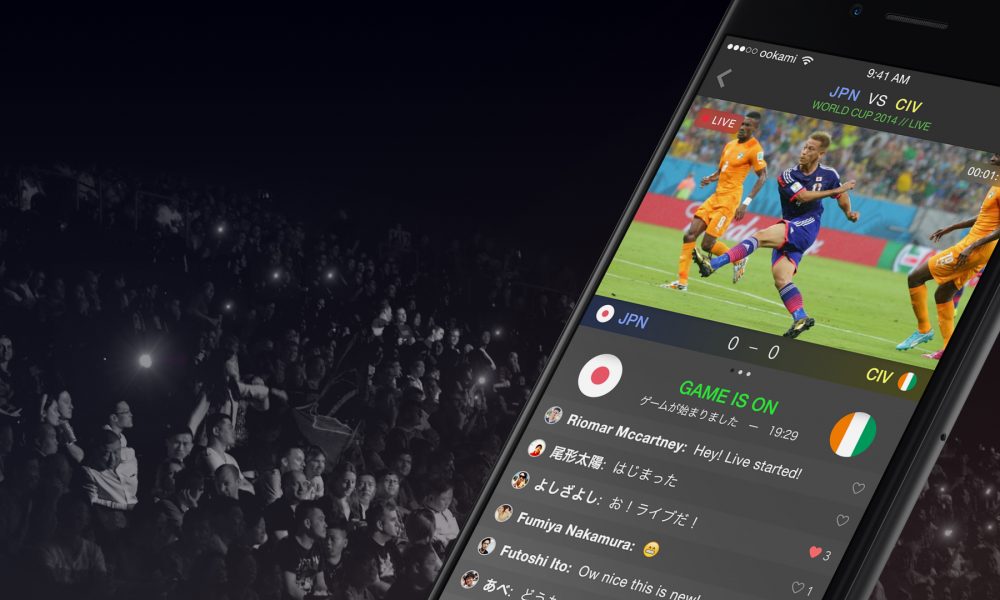 Sports startup company Ookami, the company behind sports entertainment application Player! made an announcement that it has secured an undisclosed Series A funding from IMJ Investment Partners, GREE Ventures, Asahi Shimbun, and other individual investors, alongside the release of an updated Player! which comes in line with the opening of the J-league and B-league.

The updated version of Player! will feature the real-time coverage of the upcoming 1040 games in the J-league (football) as well as the complete 1090 games in the B-league (basketball), in addition to news function, live chat function, and relative information.

Launched in September 2014, sports entertainment app Player! is an application providing a third viewing portal to sports, acting as an alternate to viewing live at the stadium or in front of the TV.

The application functions as a newsreader, providing users access to browse news sites of sports-genre as well as sports game information in real-time. Additionally, users can also communicate with other users who share the same interests.

The beginnings of Player! according to Ookami’s representative director Ogata Tai, however started out from a different service concept, originally centered on ‘news x community’ where users can make commenting statements on sports news. However, this was soon contended by the influence of Yahoo! news, a leading giant in sports news and community at large, and the idea could not be extended further.

The idea was later changed to a ‘live x community’ concept whereby sports league content and communication is centered, an idea that Player! is now based on.

“As I manage the service, I gradually come to understand that there is a need for live viewing. And so far, live viewing meant that we had to go to the stadium or to watch it on television,” Ogata explained. “But with the smartphone, we could communicate with each other in addition to watching. With this, we could build a new style of watching live, next to the stadium and television.”

Meanwhile, the Asahi Shimbun can reach more readers via a layout different from its usual news reporting which will help both companies gain an edge up in addition to this business capital tie-up.

Ookami plans to use the latest capital to accelerate the development of new functions and strengthening their service management processes for growth, in addition to facilitating the recruitment and training of engineers and designers.

With Japan being the host for the 2020 Olympic games, Ookami’s investment partner IMJ said, “The sports industry is expected to be one of the nation’s growing industry. But among the players in the industry, Player! Is a new media that realizes sports live contents and smartphone optimal customer experience. We also have great faith in the executive strength of the management team which is the reason for our support.”