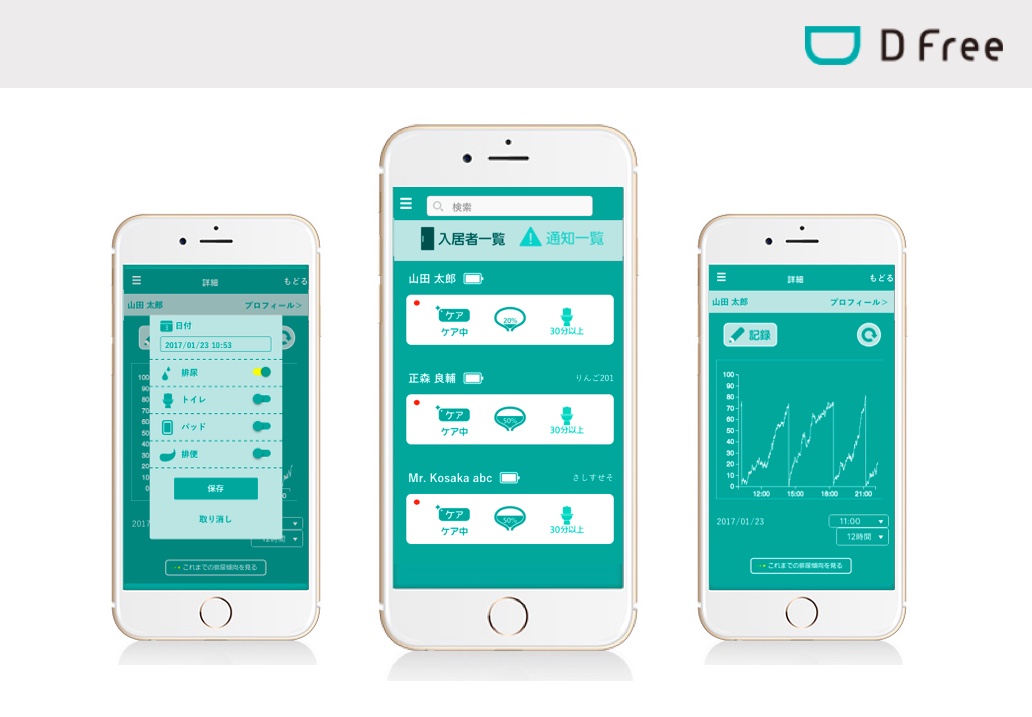 Triple W, a Tokyo-based startup developing a wearable device designed for those who worries about unpredictable bowel movements, announced last Tuesday that it was handpicked by NEDO to participate in their Corporate Alliance Programme.

This is the second time NEDO has provided such support to Triple W as previously in February 2016, the startup has acquired a subsidy from NEDO’s other R&D venture support project, the STS grant project.

The startup will be receiving a similar amount of up to 70 million yen (about US$610K) this time around in which they plan to use for joint research with major companies to miniaturize and optimize the performance of their technology known as DFree.

Worn on the stomach, the DFree device predicts the timing of bowel movements by using an ultrasonic sensor to scan activity in the bowels. Data is sent via Bluetooth to the mobile phone app, which then notifies the users before they even get an urge to use the bathroom.

The clinical research of the app will involve five major companies including Accenture, Itochu Chemical Frontier, Itochu Techno Solutions, Paramount Head, and Revamp. The contents of collaborative research with each of the companies are as follows:

Among these companies, Revamp is a participant of the Series A funding round by Triple W conducted last July.

Speaking on the direction of DFree, Triple W’s CEO Atsushi Nakanishi said: “We’ve first begun introducing our technology in European countries since the structure of nursing care there has already been well-established.”

DFree is currently being used in French nursing homes as well as in Kawasaki City, where it has gained the Kawasaki Innovation Standard certification with the city subsidizing expenses for its use in nursing care facilities.

“Regarding areas where nursing care is not easy, I’d like to consider making rehabilitation models and home care support tools and packages, partnering with insurance companies,” Nakanishi further adds.

But for now, the startup will continue to promote trials for a full-scale introduction in addition to closing a contract with a German company.

On March 3rd, the startup had won the Grand Prize at the “Japan Healthcare Business Contest” – a contest launched by the Ministry of Economy, Trade, and Industry to support companies and individuals making bold efforts to create new businesses in the healthcare industry.

Additionally, the startup has also piqued global interest. As in Europe, DFree was exhibited as a use case of Soracom, an IoT-focused mobile network service from Japan, which announced its advance into Europe at the Mobile World Congress held in Barcelona earlier this month.

Besides that, DFree has also been scheduled to represent Japan in the Netherlands’ startup conference competition ‘Get in the Ring’ from May 17th to 19th.