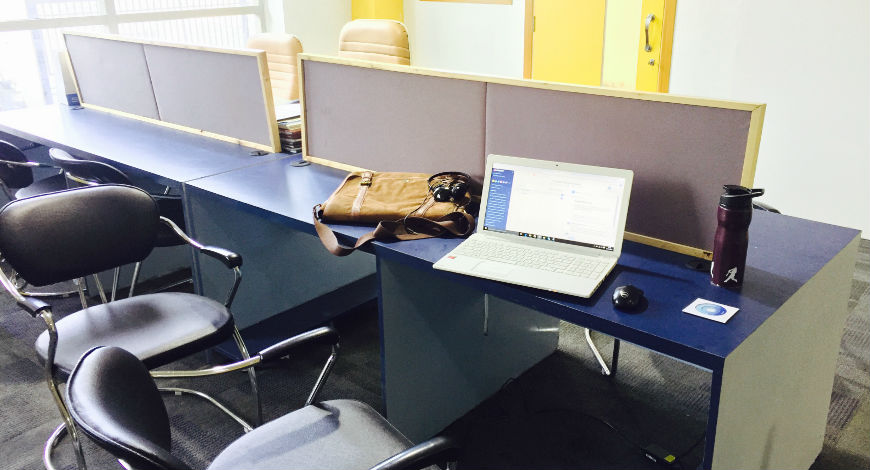 Having quit the real estate portal in December last year, Aditya Verma, the co-founder of real estate company Makaan.com is back to launch a co-working space provider known as The Office Pass.

Operating under Top Technologies Pvt. Ltd., The Office Pass is a technology platform that connects freelancers to micro small and medium enterprises with office spaces nearby which are rented as co-working spaces.

“The advances in the sharing economy will rub off in the commercial real estate sector as well. So people now share cabs and homes through Uber and Airbnb. We believe people will start sharing offices as well, where they work with other firms’ employees,” explained Verma.

In India’s new offices, these co-working spaces are a practicality and similarly run as real estate businesses, where owners and developers convert vacant office space into co-working spaces which are capital-intensive and difficult to scale.

Opening its first facility in Sohna Road, Gurgaon, The Office Pass practice a similar business model and will be inaugurated today with its first six paid customers. Besides, the startup also claims to be in the process of closing a seed investment round worth between US$200K and US$300K from several seasoned investors and companies based out of the US.

With the funding, Verma says that it will have sufficient capital to sustain the company’s operation for the next 15 to 18 months, in addition, to further develop the platform and increase the headcount of its five-member team.

Besides Verma, The Office Pass also has another two co-founders who are still in stealth mode as they are in the process of leaving their current assignments.

Makaan.com Pvt. Ltd was earlier a part of Anupam Mittal-founded People Group, which is also behind tech ventures such as matrimonial site Shaadi.com and Mauj Mobile. In April 2015, Makaan.com has been acquired by News Corp-owned online property broker PropTiger.

Co-working spaces have brought a wave of change in India as many companies and freelancers are switching to office-less companies. Likewise, The co-working space segment in India has also piqued investor’s interest in the past two months.

Last month, Innov8 has raised angel funding from Venture Catalysts and individual investors such as Paytm’s Vijay Shekhar Sharma, Google’s Rajan Anandan, and others through the LetsVenture platform.

While in January, Gurgaon-based InstaOffice has recently raised its pre-Series A funding led by online venture capital platform Globevestor and other angel investors, including Toppr’s Zishaan Hayath.