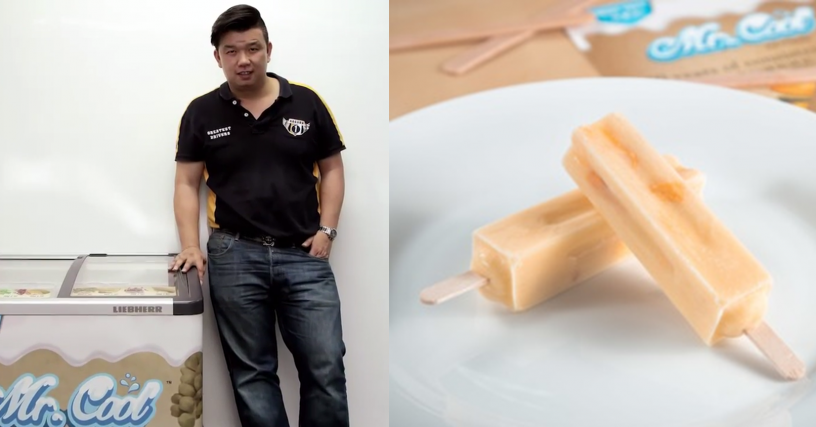 This is the second round of funding for the local fruit icy treats company after it has raised MYR 1.5 million (approximately US$ 357,250) earlier in 2016 from Netrove Ventures Group, a regional venture capital firm.

“The local ice cream hero will utilize this fund for its overseas expansion in markets that have shown a keen interest in importing and distributing its products, including China, Hong Kong, Singapore, Korea and more.” Bryan Chung, the COO of CrowdPlus.asia said in a statement yesterday.

The story goes, as the startup was founded when Gideon Leong tasted a popsicle made in Ipoh. Surprised by the popsicle’s fruity flavor and unique texture, Gideon decided to bring the product to the market that holds no competition.

Mr. Cool popsicles were launched. And since then, the product has been well-received and even further enhanced with the growing health-conscious consumer behavior which brought endless potential to the product.

Fruiti King, on the other hand, was the brainchild created when Gideon met Mr. Teh Kim Seng, the Chairman of Netrove Ventures Group. It was a decision to move the business forward and unlike Mr. Cool who focused on selling popsicles to the mass market Fruiti King was going to tackle the gelato and ice-cream market.

Even its name bore its intended meaning, as “Fruiti” with an Italian flare denotes the emphasis on fruit as a key ingredient in their products and “King” is used to describe the taste of their products as being the pinnacle of its class.

To do so, the company makes its ice cream utilizing the special fruit preservation technique used in their popsicles that will retain the original taste, texture and nutritional value of the fruit in its icy form. To date, the flavors available are Jackfruit, Mango, and Durian which includes Musang King and D24.

Following the funding, Gideon Leong commented saying that “It was indeed a pleasant surprise as I didn’t expect to raise this amount through crowdfunding but I am glad that I did this. The team is thankful for the vote of confidence in our startup by the crowd.”