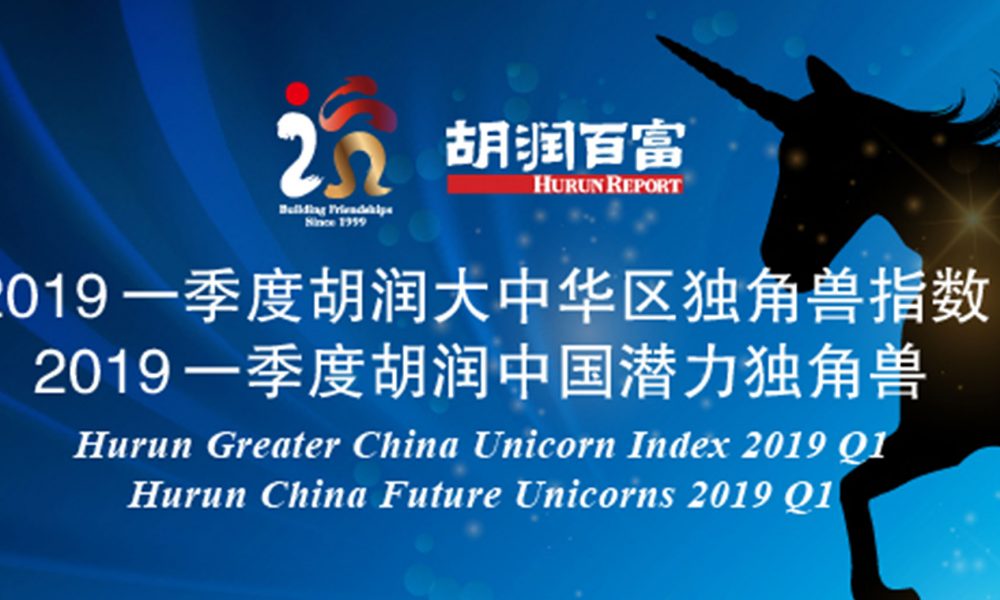 Hurun Research Institute, the firm which creates China’s wealthiest individual lists has released its country-wide unicorn index for the first quarter of 2019 on May 7.

The new report titled “Hurun Greater China Unicorn Index 2019 Q1” mentions that China added 21 new unicorns in the first quarter, that is twice as many unicorns as in Q4 2018.

The report also notes that the unicorns mostly derived from both AI and logistics fields, such as autonomous driving startup Pony.ai and B2B logistics startup Lalamove.

Hurun, the Chairman and Chief Investigator of the institution noted that “the number of unicorns in China has surprising exceeded 200, which is almost ten times that of India. At this time, China should be the first place in the world in terms of the number of unicorns.”

Of course, this wouldn’t have been so successful without capital funding from investors. In terms of unicorns breeders, Sequoia Capital has been the most successful with 53 unicorns in its portfolio. This is followed by Tencent and IDG, with each having invested in 31 and 25 unicorns respectively.

In terms of exits, the Hong Kong Stock Exchange and Nasdaq board have also witnessed the most listings of China’s unicorns in the first quarter of this year.

The biggest news after all, is that China now has a total of 202 unicorns. Among the startups, the total valuation of internet services companies topped the list with over 1.6 trillion yuan (about US$232 billion).

But aside from the Unicorn Index, the startup has also published its first Hurun China Future Unicorns 2019 Q1 listing another 70 high-growth enterprises from emerging industries.

These seventy potential unicorns are most likely to be valued at US$1 billion in the next three years, with 66 percent of the startups coming from Beijing and Shanghai.

In 2018, Hurun reported that a new unicorn was minted approximately every 3.8 days in China, making for a total of 97 new startups worth US$1 billion.

Though everything is looking to be on a good start with the results from the Q1 2019 report, Hurun said not to be overly optimistic as he estimates that 20% of current unicorns could eventually fail.

A March Credit Suisse report also warned that despite the prominence of tech unicorns in China, the percent of firms in advanced fields including AI, big data, and robotics still well lagged behind US figures.