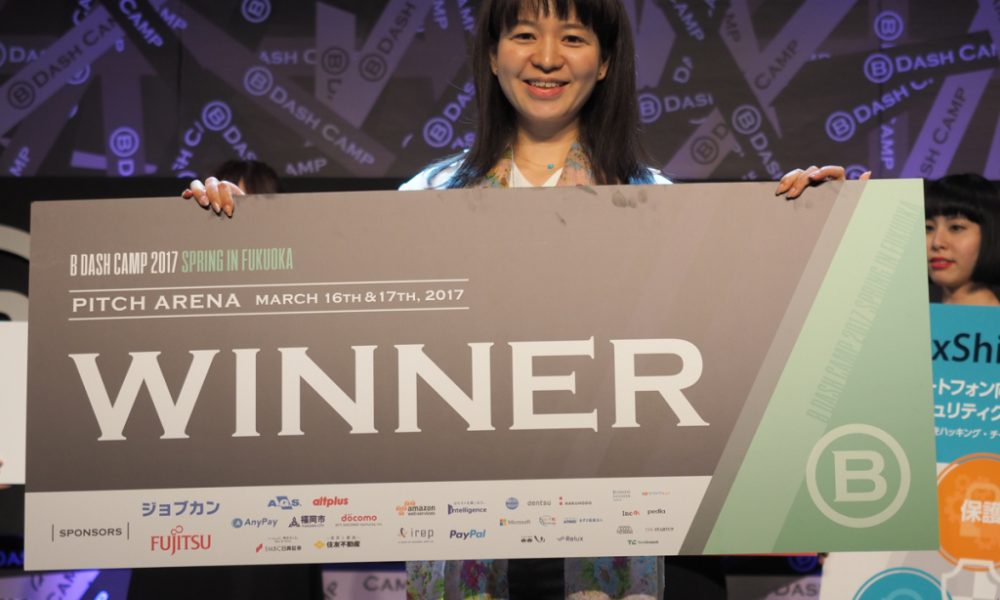 WAmazing, a Tokyo-based startup that offers free SIM cards and tourism services to help foreign visitors get around in Japan, has won the top prize at B Dash Camp 2017 Spring in Fukuoka which was held earlier last Friday.

Launched by Japanese VC B Dash Ventures, the B Dash Camp is an invitation-only tech summit for startups to springboard their businesses globally with sessions, lectures, and networks with both local and international internet company founders.

In 2017, the programme was held in the Fukuoka prefecture from 16th to 17th March, with the participation of 20 startups from all around the world. These startups have been selected through the preliminary document screening and gained the opportunity to take part in the Pitch Presentation. From this, six startups were later shortlisted to compete in the final pitch, including:

1. Infostellar: a platform providing antenna sharing services for artificial satellites
2. Fieldsolution: an IoT solution to reduce water resource management cost
3. Mu Yan: a content service provider using “Mangaroo” that can secondarily use licensed comic books
4. Light town: a marketplace for small-lot transport
5. WAmazing: a provider of free SIM for foreign visitors to Japan
6. PocketChange: Exchange of surplus banknotes and coins on overseas trips to electronic money etc. that can be used in Japan

During the final pitch session, Fumiko Kato, the Representative Director of WAmazing’s response to the judges’ question “if funds are abundant” was said to have won over the panelists, earning them the top prize.

Her answer was, “Consumption by tourists is occurring around the arrival and departure airport, thus it is important to expand the engagement points of visiting customers as quickly as possible. It would be best for the free SIM card with digital signage receiver to be installed in all 29 international airports in Japan, in order for it to be expanded to Asia at a stretch.”

And with Tokyo 2020 around the corner, WAmazing comes in line with the government’s goal of increasing inbound tourism figures to 40 million people by 2020, having officially released its application on January 26 this year, dedicated to inbound travelers.

The startup offers service packages which include a SIM card with up to 500MB of free mobile usage, a tour guide app, and information on reservations by working with smartphones. This will allow the startup to acquire the accounts of foreigners visiting Japan and hold settlement to various services connected from there, such as taxi dispatch services and tour reservation.

The app is currently only available in Traditional Chinese, in order to appeal to tourists in Hong Kong and Taiwan. Looking at the future, the startup plans to develop the application for foreigners from Thailand, Malaysia, and others.