A win-win cooperation for Airbnb and Oyo? 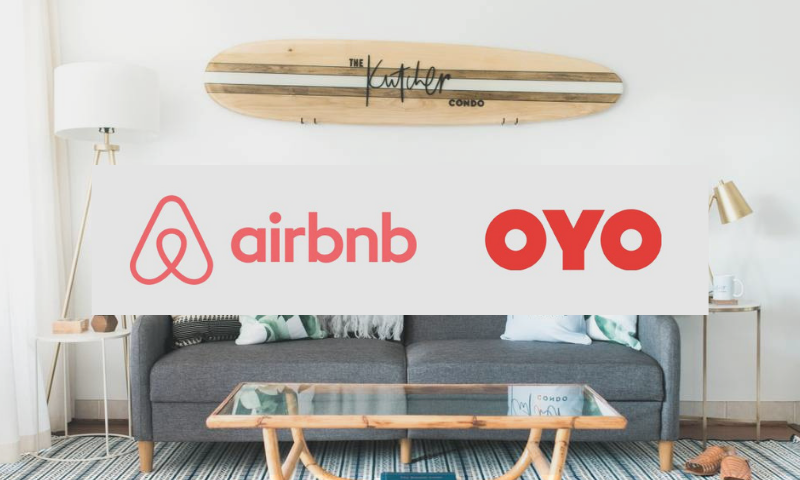 Just days after announcing its acquisition of travel app HotelTonight for more than US$400 million, home sharing giant Airbnb has revealed another major investment in Indian hotel management startup Oyo.

The deal is reportedly worth US$100 to US$200 million in exchange for a significant stake in the startup and was said to be part of the Indian startup’s Series E funding round.

A spokeswoman from Oyo told local media that their company has been working closely with a range of global distribution partners including Airbnb, and other regional and global players.

However, none of these relationships were exclusive in nature.

One of the main reasons for Airbnb’s investment in Oyo was due to its presence in India and China, two markets where the US company has traditionally faced obstacles and challenges.

A report by Business Today notes that Airbnb’s China listings only made up about 5 percent while its listings in India is less than 1 percent.

Truth is, Airbnb has created Aibiying a few years back in order to expand their operations into China, however it has still lagged behind local businesses like Xiaozhu and Tujia.

Nathan Blecharczyk, the Co-founder and Chief Strategy Officer of Airbnb had mentioned in late 2017, that China’s notorious technology restrictions, which block access to sites like Google and Facebook, has made it difficult for online businesses like Airbnb to grow.

“Emerging markets like India and China are some of Airbnb’s fastest-growing with our growth increasingly powered by tourism to and from these markets,” said Airbnb’s president of homes, Greg Greeley. “In many of these markets, Oyo is empowering local hospitality entrepreneurs to provide more options to more travelers.”

Oyo also claims to be one of China’s top five hotel chains, having expanded into the country since November 2017.

The startup currently has 180,000 rooms and more than 4,000 hotels in major cities including Xian, Hangzhou, Guangzhou, Nanjing, Shenzhen, Chengdu, Kunming, and Xiamen under franchise, manchise, and lease agreements.

Meanwhile, by room count, Oyo is reportedly the largest hotel company in India and Blecharczyk refers to India as an important business opportunity for targeting business travelers.

“Currently, we have about 6,500 companies in India who have signed with Airbnb for business travel. So there is a lot of traction here,” he said.

Both companies are currently exploring ways to collaborate, one way being listing Oyo accommodations on Airbnb.

Moving Beyond Home Rentals, Airbnb Gets Ready for IPO in 2020

In any case, it is evident that Airbnb is beefing up its portfolio in preparation for an initial public offering next year.

This goes to explain the aggressive moves lately in expanding its lodging offerings beyond home rentals for tourists, for which the company is famous.

Its recent investment in hotel booking startup HotelTonight as well as its stakes in Indian hotel unicorn Oyo seems to be cases in point, to tap into business travelers who are willing to spend more on traveling.

Besides, in December, Airbnb had also acquired a small French property management startup called Lucky Homes and a small stake in The Wing, a startup focused on co-working spaces and social clubs for women, again points to its expansion beyond tourists and backpackers.

“For Airbnb to grow, it has to be present across segments.” Chandramouli, the Chief Executive Officer of TRA Research said. “Airbnb cannot remain just a platform. By investing, it is like an expansion for Airbnb as they move into hotel rooms too.”

And that’s where Oyo fits in neatly with its presence in India and China, as well as its footprint spans across more than 500 cities across China, Malaysia, Nepal, the United Kingdom, United Arab Emirates, Indonesia, Saudi Arabia, the Philippines, and most recently Japan.

Founded in 2013, Oyo calls itself India’s largest hospitality company which helps manage budget hotels in India. It aggregates hotels onto booking websites like TripAdvisor and Booking.com that helps them improve efficiency.

The startup currently evaluated at US$5 billion by existing investors, has raised nearly US$1.5 billion to date from SoftBank, Sequoia Capital, and Grab, among others.

The Oyo-Airbnb deal will immediately allow Oyo’s 10,000 villas and homes in India, Dubai, and other markets to be listed on Airbnb.

Currently, the startup claims to be the world’s seventh largest hotel group, with 515,000 rooms under management.

Just as Airbnb faces some challenges in the Indian and Chinese market, Oyo faces them in Airbnb’s home market – the United States.

Having just recently launched its business in the United States, with an initial debut in Texas with its Townhouse brand name, Oyo is going up against American economy lodging brands like Super 8 and Travelodge.

Besides, Airbnb has amassed a large audience of users both to its websites and its mobile app, and now that it’s featuring hotel product more and more — in addition to buying a hotel booking platform — that could work to Oyo’s benefit, too

Oyo might find that actively marketing its product on Airbnb could cost less than using other online travel agencies or even Google’s own price-comparison search tool, and because the Oyo brand is relatively still new in the U.S., Airbnb’s platform could facilitate an introduction to the U.S. market in a seamless way.

“A listing partnership where Oyo supply is available on Airbnb could be mutually beneficial for both companies. Oyo could potentially get access to more western inbound travelers to India, China, and Southeast Asia, its key markets, that are comfortable booking through Airbnb but would otherwise be unfamiliar or uncomfortable with Oyo,” Seth Borko, a researcher for Skift said.

The Indian unicorn is also branching out into new services such as rental housing, a business it took global last week in Tokyo.

The Bigger Picture in Travel: Synergies in Product and Ambition

Though previously, Oyo and Airbnb have been rivals of sorts, the two shared grand ambitions to dominate travel and accommodations.

On the other hand, Airbnb is looking to break from its home sharing platform and become a “superbrand of travel”.