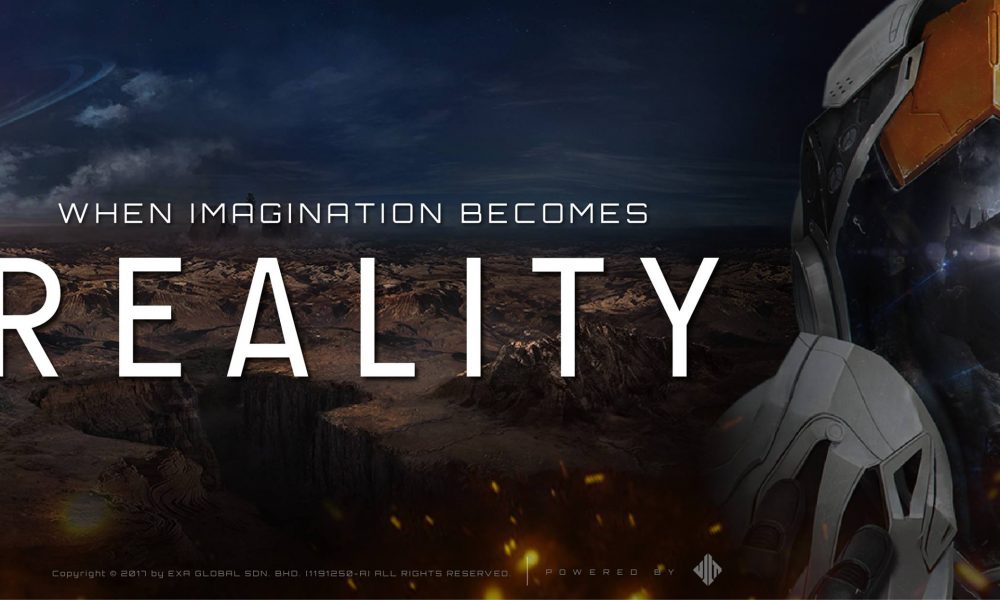 Referred by EXA Global as South-East Asia’s first ever Hyper-Reality Family Entertainment Center, players will be able to experience a fully immersive, wireless, free-roaming gaming experience at EXA Outpost. This is made possible thanks to the combination of highly advanced virtual reality technologies like untethered backpack setup and multi-user motion capture system employed by EXA Global.

Richard Lee, the CEO of EXA Global explained that engagement is core to the project designed by the team. The focus is to get players involved in the technology to become part of the story.

“Getting the right module, enhancing the formula, experience and content are key components when creating and building an immersive advanced technology to have people sharing their hyper-reality experience with others,” said Lee.

Upon its launching, EXA Outpost will be featuring an exclusive VR multiplayer sci-fi shooter and space exploration mission, named EXA Dimension 12. Imagine role-playing Starship Troopers or Mass Effect in a fully immersive space dimension, that’s what the EXA Dimension 12 is all about. In the mission, players known as Troopers will first be transported to the Ingress room, where they will receive their EXA gears (guns, backpacks, and other wearables) for the upcoming exploration. Once geared up, players will then be dispatched and transported to the Dimension 12, it is here that the players will ride along a thrilling storyline, receive instructions to investigate unexplored regions, and fight off vicious extra-dimensional monsters with a diversified profile of advanced weaponries.

“Being that part of the story for our players is important to us, as we know experience is something valuable we at EXA Global can offer,” said Lee.

EXA Dimension 12, being fully developed in-house by EXA Global, is a respectable feat demonstrated by the talents of the team. For EXA Global, being able to develop content in-house also means they are not reliant on 3rd party developers for their future VR content. This opens a door to a promising future for EXA Global as they are free to develop any content that falls inline with their business strategy. In fact, this advantageous edge can already be observed as EXA Global has already started working on additional VR contents that revolve around horror and kids-friendly themes to expand their content portfolio.

Moving forward, the company notes that it is planning to open future locations around the world, targeting North America, Europe, Middle East, South Asia, East Asia, Australia, and the neighboring countries surrounding Malaysia. Bigger flagship centers ranging from 10,000 square feet to football size venue will also be opened in future to house a bigger crowd, according to Lee.

Other than looking for rapid market expansion, the company is also looking to upgrade its VR hardware to further improve its hyper-reality experience. In the upcoming future, EXA Global will be developing a full body suit with haptic feedback that is mapped according to traditional Chinese acupuncture points to improve the surrealism of the game. Other wearables like VR gloves and augmented reality (AR) wristband will also be developed alongside the full body suit.

Another noteworthy future expansion for EXA Global is the development of VR eSport. With the rise of eSport in recent years, it is also part of EXA Global’s strategy to tap into this trend and pioneer the VR eSport scene. To achieve this, offering player-vs-player (PvP) experience at its VR centers will be one of the upcoming focuses for EXA Global. Seeing the success of eSports giants like Dota 2 (offering a prize pool of whopping $20,770,460 USD for its tournament) and League of Legend (having an active monthly user base of 100 millions players), the potential of VR as the future mainstream eSport is definitely a huge one.

“As part of the creative and innovative pioneer in digital entertainment and technology Havson Group, between ourselves we aim to create the ultimate immersive Hyper-Reality Studio experience within this region,” said Lee.

Located at SetiaWalk, Puchong, EXA Outpost consists of two rooms whereby one is dedicated to the games while the other is a Hyper Reality Arcade Entertainment Center where players can play VR arcade games. Open for public starting from 3rd of June, for those who wants to take a deep dive into the hyper-reality experience, players can now book for a pair of ticket at a promotional pricing of RM65 on their official website: https://www.exa-global.com/booking.php