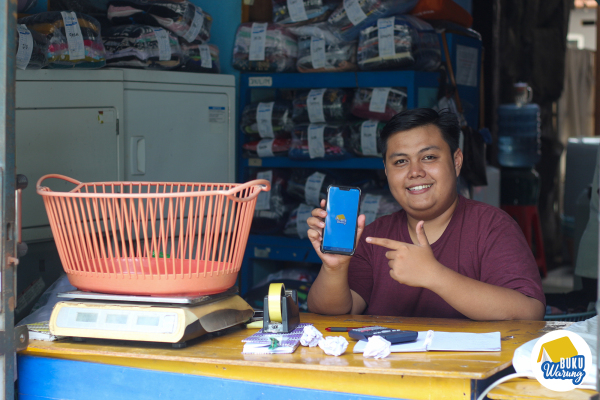 Indonesia’s BukuWarung, a digital bookkeeping startup for micro-enterprises, today revealed that it has raised an undisclosed amount of funding from Rocketship.vc and Indonesian retail giant Revolut.

Rocketship.vc, a Silicon Valley-based global investor is also a backer in Khatabook, an Indian market leader in the digital bookkeeping space which has reached a valuation of between US$275 million to US$300 million in its last funding round.

While the financial terms of BukuWarung’s round remain unknown, the startup did share that the funds raised were greater than the previous funding it received after joining the Y Combinator program in September 2020. Sources from DealStreetAsia also note that this latest funding round brings the total investment received by BukuWarung to US$20 million.

In total, the startup has more than 3.5 million merchants registered on its platform from tier 2 and 3 locations, and BukuWarung’s co-founder Chinmay Chauhan said that the startup has started making revenues through its payment solutions.

BukuWarung recently forged a partnership with WarungPintaar and few others to create an ecosystem to better serve the MSME needs for digitizing. The startup has also launched Tokoko, a Shopify-like tool that lets merchants create online stores through an app, and says the platform has been used by 500,000 merchants so far.

With these latest fundings, BukuWarung will expand its technology and product team in Indonesia, India, and Singapore.

With its large number of SMEs, Indonesia is often seen as a desirable market for companies helping the drive toward digitization

Based on a report by Jakarta Post, SMEs employ 97% of their domestic workforce and contribute about 60% of Indonesia’s gross domestic product. These businesses however face difficulties in accessing financial services for scale.

Through digitizing their financial records, startups like BukuWarung not only streamline business bookkeeping processes but in turn also make it easier for them to apply for working capital loans and credits.

In this segment, the startup currently competes with BukuKas and CreditBook. In January 2021, BukuKas has also raised a US$10 million round led by Sequoia Capital India to build an end-to-end software stack catering to Indonesian SMEs.