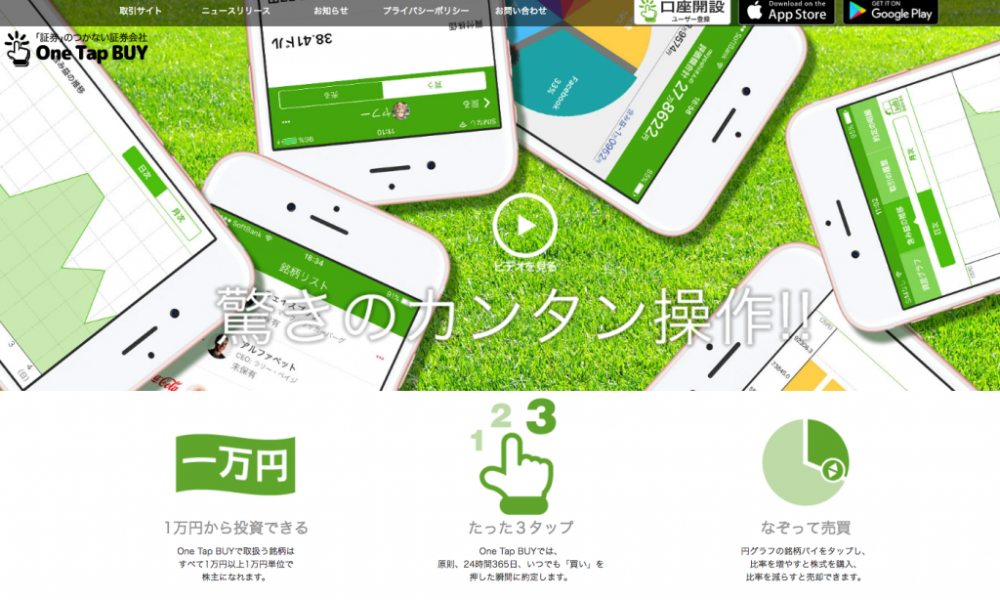 One Tap Buy, previously known as MyBanker has announced on 14 February that it has fundraised 1.5 billion yen (about US$13.3 million) from Mizuho Securities, existing investors Mizuho Capital, and Mobile Internet Capital.

This financing round follows a previous 1 billion yen funding from Softbank back in July 2016. Prior to that, the firm also raised an undisclosed sum from Mobile Internet Capital, DBJ Capital, and Mitsui Life Insurance’s Sansei Capital, as well as other undisclosed VC firms in June 2015.

Founded in October 2013, One Tap Buy develops a mobile application of the same name that specifically helps people manage their savings and investments more easily. The mobile application also facilitates the trade stocks of well-known brands and companies in units of 1000 yen.

One Tap Buy also just participated in the startup battle of TechCrunch Tokyo in 2015, winning the judges’ special prize and the AWS prize. After a one-year closed beta period, it was officially launched in June 2016, where it has acquired over 150,000 downloads o date, especially from users in their 20s and 30s, whereby 70 percent of them are inexperienced.

With the latest capital raised, the company plans to accelerate the system development efforts for new services in addition to strengthening marketing efforts to increase the public awareness of the service.