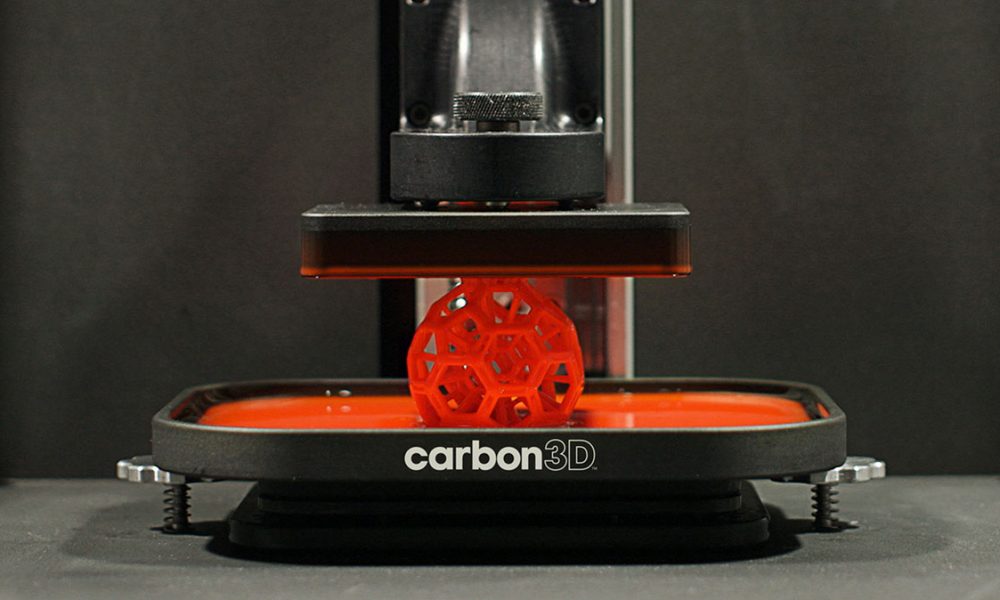 Carbon, formerly known as Carbon 3D, of Redwood City California have just successfully added a cool $81 million in venture funding to its Series C round. With the money coming from heavy hitters like BMW, GE and Nikon, adding to money from venture capitalists like GV and Sequoia Capital, the company are starting to raise some serious eyebrows.

When you look at their product offer, it’s not surprising. Unlike traditional 3D printing, which just prints things in 2D over and over again, Carbon uses a combination of light and oxygen to effectively ‘grow’ objects out of a liquid pool of resins and elastomers.

The approach is revolutionary enough that Carbon managed to get it printed up in the research journal Science. Beyond just being new and different, however, the new method offers real advantages. Principally: speed.

The continuous liquid interface production, or CLIP, housed in their M1 machines (which use cloud-based design software), can produce prototypes or parts faster than any other current method. CEO and Co-Founder Joe DeSimone claims 25 to 100 times faster. They can even be used for creating small parts at volume.

Because of the unique way the parts are grown, they come out smooth, with no need to be machined, milled or polished like typical layer-printed parts have to be. This means they’re printed ready to go, with no need for further processing.

Growing the parts also allows for complex shapes and lattices, which can provide a much greater degree of structural integrity accompanied by a huge weight saving, ideal for drones, automobiles and other technologically advanced items that need to carry a load.

Right now the company is in its acorn stage, but this new funding is designed to speed up its mighty oak-tree potential.
The company has 50 machines leased out right now. By the end of this year they want to make that 100. By the end of next year, they’re aiming for 500.

Carbon has said this will likely be the last round of venture funding they seek. Having raised 222 million, they are already valued at one billion dollars, making them a pretty safe investment for companies that will also be part of the company’s future customer base.

Legacy Effects in Hollywood, BMW and Ford Motor Co., as well as Sculpteo and The Technology House have all made use of Carbon’s services so far. They are already partnering in a diverse range of industries, from aerospace to apparel, consumer electronics to medical devices.

The company is not without competition. Statasys, who tried and failed to get a consumer marketing going for desktop 3D printing, has just confirmed they are doubling down on industrial applications for the future. That said, Carbon’s unique approach is still a golden goose, unless someone else can reinvent 3D printing all over again.