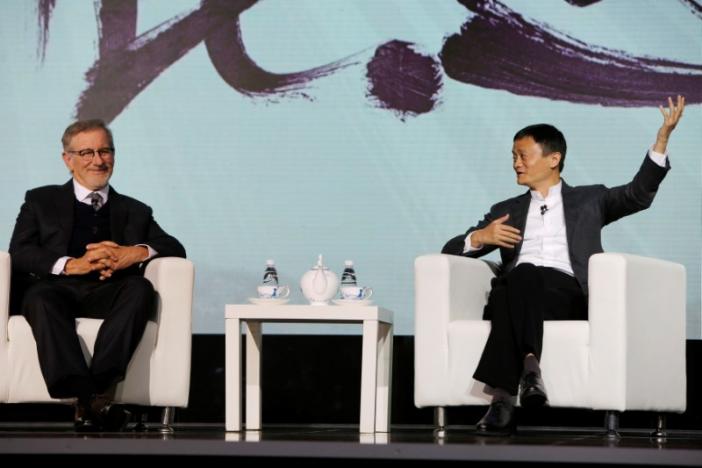 In an announcement held earlier on 9th of October in Beijing, Steven Spielberg, the Oscar-winning film director famous for his production in Jaws, E.T. and Jurassic is teaming up with Jack Ma, China’s richest man and the Chairman of Alibaba Group.

The two have struck a deal together to cooperate on production, marketing and distribution both globally and in China, the world’s second largest movie market.

“Among Chinese consumers, there is an increasing demand for premium global content,” Ma said in an e-mailed statement to Bloomberg. “The collaboration can serve as a cultural bridge and have a positive impact on the next generation of Chinese consumers”

With this partnership, Alibaba Pictures will have the option to finance in Amblin Partners’ films. The Chinese company will also be involved in marketing, distribution and merchandising of Spielberg’s movies in China. This will also place Amblin films on the Chinese company’s video streaming site, such as Youku or Tudou.

In another statement, Jack Ma praised Spielberg’s storytelling abilities and how his style resonated with Chinese audience, saying that “I don’t think there are many differences between East and West – the only difference is that the West is better at telling stories”. He also adds that Alibaba hopes to learn more from Spielberg and Amblin.

Under the terms of the deal, Alibaba Pictures will be joining India’s Reliance and Canda’s eOne, having also take a minority equity stake in Ambiln and to place a representative to join Amblin’s board.

Alibaba Pictures has a history of investments in both Chinese and international movie productions, examples include Teenage Mutant Ninja Turtles: Out of the Shadows, Star Trek Beyond and Mission Impossible:Rouge Nation.