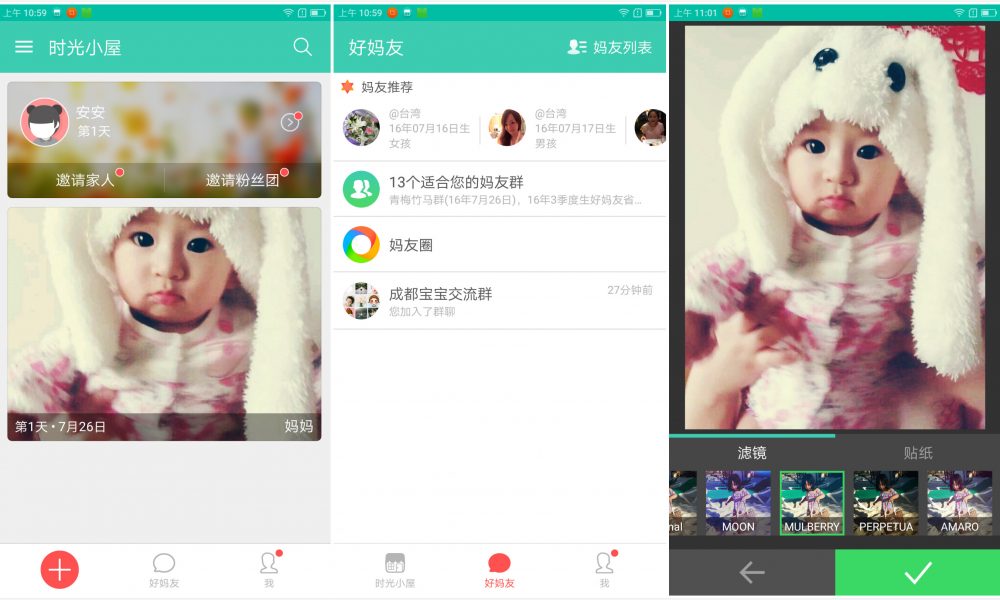 Qinbabao, a mobile app that allows users to post, share and store baby pictures or videos, has recently raised its series B funding round led by China’s global investment firm, Fosun Group.

Existing investor ShunWei Capital, a China-focused venture capital fund who has invested in iQiyi and online learning platform, 17zuoye has also participated in the round, which is reportedly said to be in tens of millions of U.S. dollars.

Founded in 1992, Shanghai-based Fosun Group has been involved in a number of industries segments which include health, lifestyle, property development, and mining. This latest investment follows the Chinese investment firm’s US$450 million funding in Babytree, a Chinese parenting portal in November 2016.

Commenting on the investment, Guo Guangchang, the chairman of Fosun Group said, “Since 2015, Fosun’s investments have been focused on business-to-family projects. Services tailored to children is undoubtedly the most important part of this space.”

Since 2007, its holding company Fosun International has been listed on the Hong Kong Stock Exchange (HKEX), and the investment firm focuses on capital provisions not only in China but on the global level as well. The company, to date, has investments in over 50 projects worldwide.

Besides, Fosun International Ltd has made a number of acquisitions in the past few years investing in the likes of Club Mediterranee SA, a French resort chain and Studio 8, a Hollywood movie producer. Additionally, it has been the first Chinese firm to invest in a state-owned high-speed railway project.

Launched in 2013, Qinbaobao claims to have 20 million users, who share and store baby pictures and videos. The mobile app also provides a networking platform, forming a mobile community of young families.

Besides, the Chinese mobile app also features parenting guides such as expert tips on baby care, nutritional recipes, storage for baby records as well as fairytales and nursery rhymes for toddlers.

With the latest proceeds from the new round, QinBaoBao will use it to improve its mobile application, marketing, and user expansion as well as for new approaches to monetisation.