Grab vs. Go-Jek: The Battle for Ride-hailing Market Domination 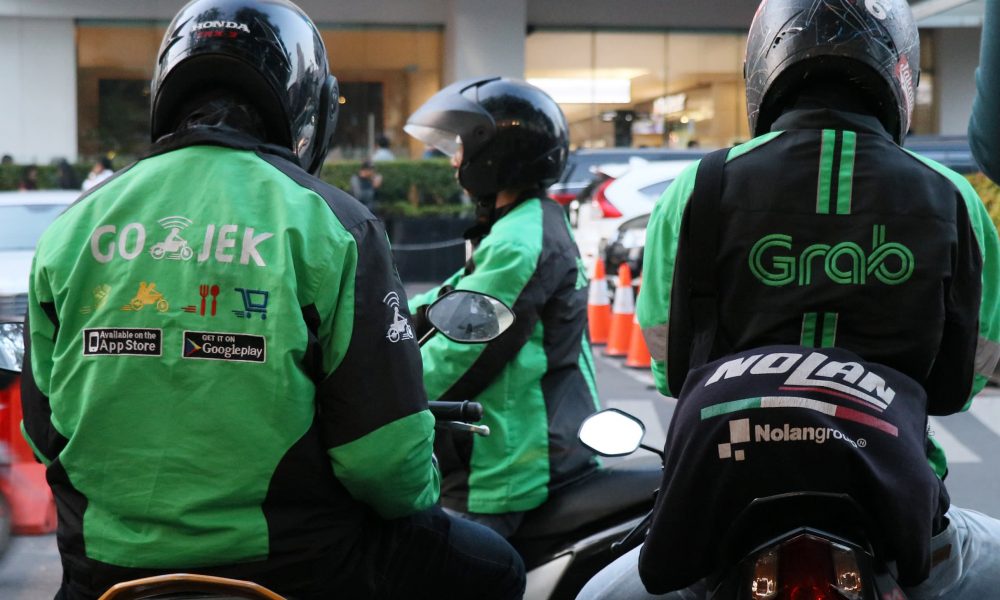 The fight for domination in the ride-hailing market is heating up as ride-hailing giants Singapore’s Grab and Indonesia’s Go-Jek are forging new financial services alliance.

With Go-Jek’s Singapore entry closing in, the Indonesian ride-hailing giant announced a tie-up with DBS Bank for regional payment.

For Go-Jek, whose backers include Tencent Holdings, Temasek, and Google, the deal came at a time ahead of its expansion into Singapore.

Under the partnership, Go-Jek will work with Singapore-headquartered DBS Bank on payment service offerings in the city-state, which will also be later extended to other markets in Southeast Asia.

However, both DBS and Go-Jek did not elaborate when such services will be rolled out.

“We are very much looking forward to the launch of our beta ride-hailing service within the coming weeks,” said Go-Jek president Andre Soelistyo.

“We know that people are desperate for more choice in the sector and we believe we can satisfy this demand. The response from the driver community since we opened pre-registration has been overwhelming and we are confident that by working with DBS, we will see the same level of excitement from consumers too,” added Soelistyo.

In October, Go-Jek launched a Singapore pre-registration portal for drivers in the city-state.

“As Singapore’s leader in payments with over four million debit/credit cards in circulation and DBS PayLah! being the nation’s most popular mobile wallet, we are committed to making payments simple, seamless and invisible for our customers,” said Tan Su Shan, the group head of consumer banking and wealth management at DBS.

“In doing so we are stepping up to partner with like-minded companies like Go-Jek, one of Southeast Asia’s most iconic technology companies, to build inclusive digital ecosystems for our customers,” Tan added.

In a similar move, United Overseas Bank (UOB) is also working with Grab to deliver financial services to the ride-hailing startup’s growing digital user base in Southeast Asia.

The partnership will allow Grab to offer a number of the bank’s payment solutions directly from its app, accelerating the bank’s efforts to meet the region’s fast-growing customer need for mobile-first and mobile-only.

The bank is working with Grab to embed features of its upcoming digital bank within Grab’s mobile app, so users can access banking services quickly and conveniently. Customers will also enjoy privileges when paying for Grab services using UOB cards.

Besides, both firms will explore launching co-brand credit cards in the region, as well as introducing a new way to allow users to top up their GrabPay e-wallets directly from their UOB accounts.

UOB will also explore support for Grab in a number of other areas, including fleet financing, regional and centralized treasury management solutions and workplace banking services.

But above the deal, the partnership also entails an undisclosed investment from UOB into the ride-hailing unicorn.

“Yes, UOB has made a strategic investment into Grab as part of the deal, cementing Grab’s position as the go-to partner for leading organizations to collaborate with as they serve ASEAN’s growing number of consumers and small businesses. We plan to roll out the features with UOB in 2019. Specific details will be shared at a later stage,” said a Grab spokesperson.

Prior to this investment, Grab had raised a total of US$2.75 billion in an ongoing $3-billion Series H round.

On October 29, Go-Jek fired the first shot in the battle when it opened a portal for drivers in Singapore to pre-register on its platform.

The company also announced six months ago that S$671 million would be invested in its bid to expand into markets in Southeast Asia, namely Vietnam, Singapore, Thailand, and the Philippines within 2018.

Go-Jek was able to raise funds amounting to S$2.074 billion from investors such as China’s Tencent and Meituan Dianping, as well as Google, Temasek, and others.

With this recent collaboration, clients of DBS will have privileges in payment services, not only in Singapore but throughout Southeast Asia.

In the same way, Grab users who pay for services with their UOB cards will also enjoy special perks.

While the battle between the two ride-hailing giants is heating up, it’s still too early to say who will end up victorious in the end.

But if there’s any conclusion to draw, that is the winners through these initiatives are none other than the consumers of both Grab and Go-Jek as they are able to enjoy a fully digital and seamless banking and payments experience.