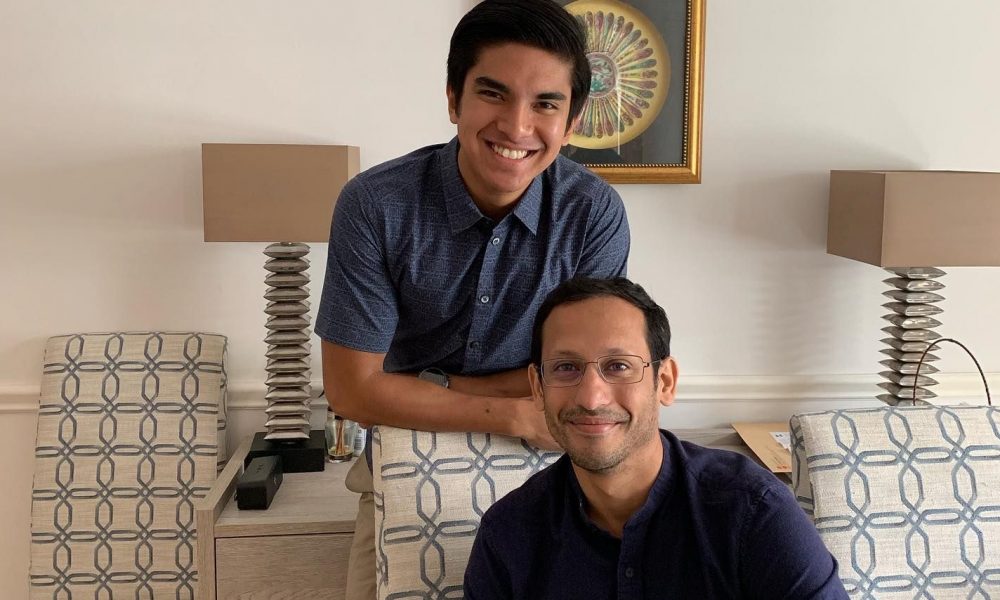 On August 19, Syed Saddiq said he had managed to bring Go-Jek’s founder, Nadiem Makarim, whom he had previously met in July, to meet with Prime Minister Dr. Mahathir Mohamad and Transport Minister Anthony Loke.

“The presentation was accepted kindly, and we will finalize the discussion in the upcoming Cabinet meeting this Wednesday,” Syed Saddiq recounted.

The youth and sports minister mentioned that these efforts are aimed at providing more job opportunities to motorcyclists.

In an interview, Syed Saddiq also mentions that Go-Jek has been successful in Indonesia, with an employment of over two million motorcyclists in Indonesia, and hundreds of thousands more in Thailand, Singapore, and Vietnam.

Through this proposal, Syed Saddiq believes that Go-Jek entry into Malaysia will create hundreds of thousands of job opportunities for motorcyclists, in addition to boosting the businesses of small entrepreneurs.

In a separate Twitter post on August 18, Syed Saddiq has also started a poll asking netizens to vote if they support or oppose Go-Jek e-hailing services.

Overall, the poll saw 56,000 responses with 88% agreeing to the statement.

A Brief Introduction to Go-Jek

If you are unfamiliar with the startup, Go-Jek is an Indonesian e-hailing company backed by Tencent, JD.com, Google, and Temasek Holdings.

Founded in 2011, the startup has since then moved beyond ride-hailing services, developing into a one-stop app where users can order on-demand services such as grocery delivery and beauty treatments.

In Indonesia, Gojek has expanded to offer more than 20 services, including e-payment, house cleaning, and laundry services. It is known for its very affordable pricing, which analysts say is possible because the company pays for part of the costs out of its coffers.

Go-Jek also claims to be the largest food delivery service in Southeast Asia, beating even regional competitors in India, which has a population which is more than four times that of Indonesia’s 260 million.

The startup said it currently has more than two million partner drivers and 400,000 partner merchants in Southeast Asia.

Nadiem Makarim, Go-Jek’s Founder and Group Chief Executive said: “When we first launched Go-Food in Indonesia, we became the biggest player in the food delivery service in the country within six hours.”

Go-Jek vs Grab in Malaysia

Anyhow, if cabinet discussions held this week are to go well and Go-Jek entry to Malaysia is successful, the ride-hailing consumers are most likely the first to benefit.

Because after Uber ended its services in Southeast Asia, Singapore-based Grab has basically become the sole player in the Malaysian ride-hailing market.

At least with Go-Jek, the two will extend the competition, giving way to a free market and bringing choice back to the ride-hailing market in Malaysia.

Then again, this matter also reminded many of the homegrown Go-Jek known as Dego Ride which similarly offers motorcycle ride-hailing services in Johor.

Dego Ride and its thousands of riders were dissolved and brought to a halt by the Barisan Nasional government last year, after saying that its service is not needed as Malaysia already provides a comprehensive public transportation system.

The service was also previously criticized by transport minister Anthony Loke Siew Fook saying that, “we will never legalize Dego Ride in Malaysia because we disagree with any types of ride-sharing services that involve motorcycles.”

“In Malaysia, there are too many accidents involving bikes that we just can’t take the risk,” he told reporters.

Then again, with narratives changing now, we just might see a revival of Doge Rides? But first and foremost, this will all rely on the cabinet discussions for Go-Jek.