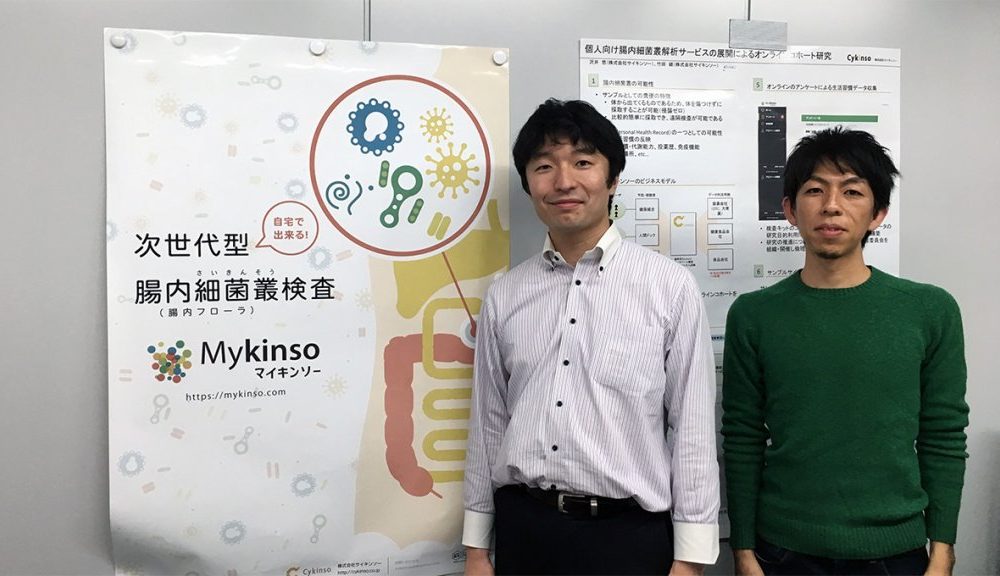 Tokyo-based Cykinso, which develops and sells Mykinso – a test kit for intestinal flora, has announced that it has secured 270 million yen (about US$2.3 million) from the Regional Health Care Industry Support Fund and other investors in its seed round.

The GP for the Regional Health Care Industry Support Fund are REVIC Capital and AGS Consulting under the jurisdiction of the Regional Economic Revitalization Support Organization, with banks being the funds’ limited partners (LPs).

This fund follows an earlier round of angel funding from individual investors and grants secured from numerous government agencies such as the Ministry of Economy, Trade, and Industry’s “Project to Encourage the Creation of SMEs and New Business” as well as a grant from Kanagawa Prefecture for the “Project to Promote the Creation of the Preventive Medicine market”.

Despite being grants, Cykinso has, in terms of business stages, labeled the proceeds received as their seed round, making their most recent funding essentially a series A round.

According to Cykinso. these latest proceeds will be used to finance business development, including using the data collected from the intestinal flora tests to develop a system for offering nutritional guidance. This platform will focus on gut microbiomes is unique, given the crucial role and impact it has on an individuals’ health.

Founded in November 2014 by CEO Yu Sawai, who has previously worked at a genome research company, the venture is conducting joint research with RIKEN Innovation Center’s Benno Laboratory and Osaka University’s Research Institute for Microbial Diseases’ Department of Infectious Metagenomics.

In August 2015, the Japanese startup was accredited as a RIKEN Certified Venture. Three months later, the firm released “Mykinso” – a home-testing kit for intestinal flora which allows people to test the state of their intestinal bacteria (i.e. gut biome).

Following this, there is also the release of “Mykinso Pro” for the professional market which enables medical institutions and clinics to register patient examination data and manage specimens. Data provided will be presented to the user or the user’s doctor in the form of a cloud or paper report.

The company claims that it has collected intestinal flora data from around 2000 people through both services, receiving permission from users beforehand and the assurance that users will remain anonymous. Depending on the scale of the accumulated data regarding intestinal floral, the services to be offered and the business stage will be adjusted accordingly.

Additionally, this week the Japanese startup will move offices from the Kanagawa Science Park, where they have resided for the two years since inception, to the Good Morning Building in Shibuya, Tokyo. For Cykinso this signifies its transformation from a purely academic venture into the business domain.