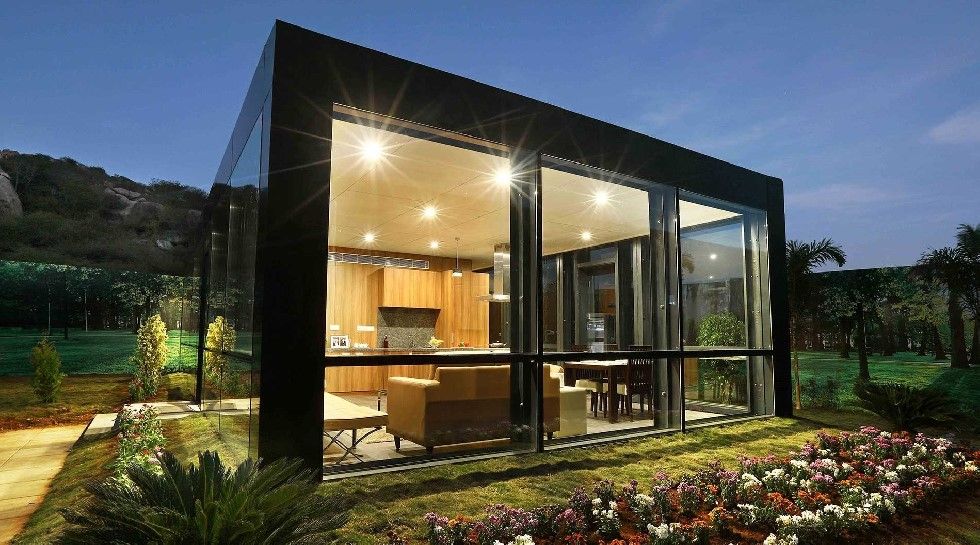 There has always been an appeal for designer homes. Like when Patrick Cox was moving to Ibiza, the Canadian-British shoe designer managed to sell his London home for US$3.62 million despite the uncertainty surrounding Brexit. Truth is, designer homes can be hard to come by, and if there are any other options – it would mean you have to go to the designer itself.

But what if owning a designer house is as easy as a trip to IKEA? This is the vision Revolution Precrafted is aiming for being the world’s only branding house startup.

The startup is mixing prefab homes and luxury branding to revolutionize the real estate industry not just in the Philippines but around the world. Although it will only be two years old this December, the startup has already reached the unicorn status with its funding last week from Singapore’s K2.

Different from most startups, Revolution Precrafted hasn’t really been looking to raise capital. The startup has been profitable from the start. However, venture capitals and investment firms just couldn’t miss out the chance.

Khailee Ng, the managing partner of 500 Startups said, “the company didn’t need to raise. I had to convince them to take my money for value-add, not cash.”

On the other hand, K2 is founded by venture capitalist Ozi Amanat which has been known for his investments in Alibaba and Twitter before their public offering. The investment firm also counts several other unicorns in its portfolio including Spotify, Magic Leap, and Paytm.

However as excited as I was on the emergence of a new unicorn from Southeast Asia. After the initial thrill, I can’t help but wonder about the volatility of technological startups that has all aimed to disrupt the real estate industry. Will Revolution Precrafted purvey?

The startup is founded by Robbie Antonio who is one of the four sons of Century properties Group Inc. founder Jose E.B. Antonio. He is a voracious art collector and the brains behind family projects in collaboration with big names including Paris Hilton and the Trump Group.

Having grown up in the ever-dynamic real estate industry, Antonio knows the pain points and the massive opportunities that Revolution Precrafted can take advantage of. That is for real estate developers to deliver projects as quickly and as cost-efficiently possible.

The startup supplies the market with prefabricated homes which components has already been manufactured and pre-assembled before the on-site build. This include modular homes, condominium, pop-up retail stores, and fitness centers.

But unlike other prefab manufacturers such as Blu Homes or Acre Design, buildings designed by Revolution Precrafted all bear the names of some of the world’s top names in design and architecture.

From award-winning famous architects like Zaha Hadid and Jean Nouvel to celebrities like Tom Dixon and Lenny Kravitz, Revolution Precrafted provides ready designs which interested home buyers can choose from. This helps free time from the designing phases as well as the high price charged in unique designs.

Client can boast of living in a home designed by actor and singer Lenny Kravitz without having to pay the full cost but getting all of the benefits, in term of speed, quality, and branding.

But ultimately, Antonio’s greatest assets are also ownership of the intellectual property of world-class designers, the global network of fabricators and his invaluable relationships with developers and landowners. Through his ties with quality fabricators, the founder can complete the developments faster.

A 50-square-meter home can be done in as fast as three months as opposed to the usual two years since most of the components had already been fabricated, ready for assembly at the job site.

With this access to branded design of living spaces by combining world-renowned designers and latest advances in construction technology, Revolution Precrafted is able to democratize this area in the real estate industry.

Buying a luxury handbag these days seems to be no more uncommon than buying salmon for dinner at Walmart. The physical appeal of luxury goods is undeniable – the leather is softer, the shoes are more comfortable – the question is will it be the same – when it come to a designer home?

With a branded house strategy, Revolution Precrafted has to build a strong brand. One that is both easily recognizable and memorable, as well as desirable. As prefabricated homes has all along been advertised as easy, convenient, and cheap.

In fact, you can buy an entire house from Amazon.com at one-tenth of the price charged by Revolution Precrafted for $36,000 plus shipping. It’s a one-bedroom abode with a shower, toilet, sink, kitchenette, all hooked up to external sewer, electric, and water connection.

In this case, Revolution Precrafted has to build a taste for luxury designer home for the mass market. But I do think that once prefabricated homes has hit a certain tipping point, it will cause us – or at least a sizable cohort of us – to reevaluate a lot of the fundamentals of modern society which are so essential

Revolution Precrafted may have marked the unicorn status, still most of the concern over its future is to build its reputation among the mass market. And only then will the startup become the biggest home supplier in the world.