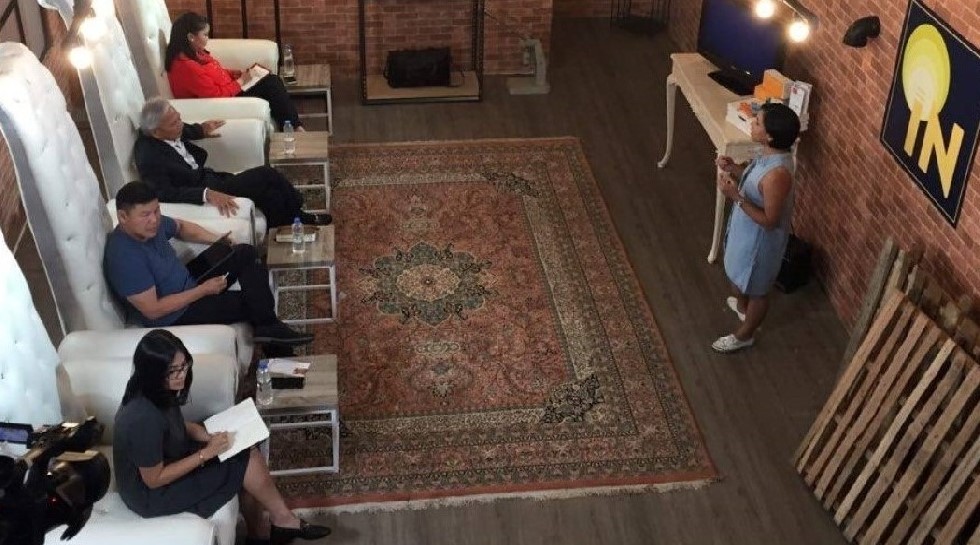 For those who have enjoyed the seven seasons and 142 episodes under the ABC’s Shark Tanks, there is a new show that showcases entrepreneurs and their pitches as well, but with the backdrop set in the Philippines.

All caught on camera, the new show – I’m In – will feature local aspiring entrepreneur as contestants that will make business presentations to a panel of investors, who will later decide whether they are interested in investing or not.

The show will provide the platform and opportunity for entrepreneurs who have a great idea or solution to real-world problems but otherwise do not have the access to venture capital or a place to showcase their talent.

The format of the show is fairly simple, patterned after the United States Shark Tank. That is the entrepreneurs must introduce the investor panel their product, the amount of money they wish to raise and the valuation they demand. Afterward, it depends on the panel members if they wish to invest.

But beforehand, the contestant’s pitch and proposal is commented and questioned by the panel of investors who may ask tough questions about the business model. At times, the investor may even give a counter offer to the entrepreneur which may be lower than the valuation he or she is asking. But in the worst case scenario, where all of the panel members opt out, the entrepreneur will have to leave empty handed.

Despite that, participants of the show will definitely get a chance to market their idea to the world. That is a chance to become the next Breathometer, which since its Shark Tank experience in season 5, has secured an additional US$6.5 million in funding as well as a partnership with the prestigious Cleveland Clinic. But even if they don’t strike a deal with investors, the guidance and feedback received once adopted has seen most startups having a significant upside in valuations.

Additionally, the startup funding show will be hosted by Winston Damarillo, an enterprise transformation expert who is presently PLDT’s Capital Managing Director, and the Founder and CEO of digital and big data solution firms Amihan Global Strategies (AGSX) and Acalep. Winston Damarillo is also one of the co-chairman of OCEAN (Open Collaboration with East Asia New Champions), a biennial gathering of leaders across sectors in the Philippines.

“Our aim for the show is obviously to get this new breed of entrepreneurs to be funded by angel investors who are here because they have a very strong interest in supporting the next generation of entrepreneurs for the country,” Winston Damarillo, the host of I’m In said.

But as a whole, “I’m In” is created with the goal to create a funding event for indiepreneurs or people who are in businesses focusing on the creative economy such as those related to food, music, arts, fashion or technology like government transparency among others. Besides funding, the show could also help indiepreneurs get support in terms of mentoring

“At the same time, we are going to connect crowdfunding to venture funding.” Damarillo said. He noted the I’m In show is not about finding the next Facebook, Google, Uber, or Airbnb, but the next mass industry in the Philippines. “The goal is to fund hundreds of creative entrepreneurs which we think are severely underserved. They are industries that if we do well can accelerate and even improve the Philippines’ position as one of the fastest growing economies in Asia,” Damarillo said.

This is not the first time that a production house is launching a show based on the Shark Tank concept. India’s The Vault which aired in September is also based off Shark Tank. Furthermore, Shark Tank origins itself is also derived from a live funding TV show created by Sony Pictures in Japan in 2001 called the Money Tigers which was later renamed to Dragon’s Den.

Nonetheless, Philippines – I’m In is being crafted as a dual-screen show, intended to aired on TV and live stream online so viewers can interact and engage. The TV network that will carry the show has yet to be announced.