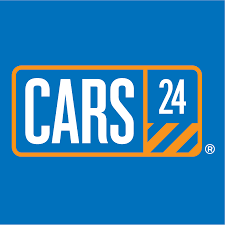 Cars24 is an e-commerce platform for pre-owned vehicles. It recently announced that it has closed a funding round of $450 million, including a $340 million Series F equity round alongside a $110 million debt from diversified financial institutions.

With the latest investment, the company that is headquartered in Gurugram has seen its valuation shoot up to $1.84 billion.

The Series F equity round was led by DST Global, Falcon Edge and Softbank Vision Fund 2. There was also participation from Tencent and other investors like Moore Strategic Ventures and Exor Seeds.

A statement from the company says: “With this latest investment, Cars24 will expand its global presence as well as further build its cars, bikes and financing business in India, while continuing to invest in technology that delivers the best customer experience possible.”

“Traditionally, car selling or buying has been a tiresome process, and only 2 of 100 people own cars in india. However, over the last six years, we have been working continuously toward fulfilling the dreams of many Indians to own car by transforming the customer’s journey- ‘the Cars24 way’ that is hassle-free, safe and transparent. With this investment, we will continue to penetrate into existing car, bikes and financing business in India while venturing into new overseas geographies this year,” said Vikram Chopra, Co-founder & CEO of Cars24.

This latest investment comes just months after Cars24’s expansion into the UAE and Australian markets. The company claimed to have already sold over 1000 cars in the UAE since the launch of its operations in April this year.

The company was foundED in 2015 with the aim of streamlining the buying and selling process of pre-owned cars by leveraging cutting-edge technology. It operates in over 130 cities in India. The company claims to have a 90% market share in the online used car segment, and has clocked more than 13 million monthly traffic and over 4 lakh transactions to date.

Cars24 entered the unicorn club late last year after it raised $200 million in its Series R round at a valuation of over $1 billion. The round was led by DST Global with participation from existing investors including Exor Seeds, Unbound and Moore Strategic Ventures.