Japanese therapeutic application CureApp secures US$3.38 million from SBI, Keio and Beyond Next 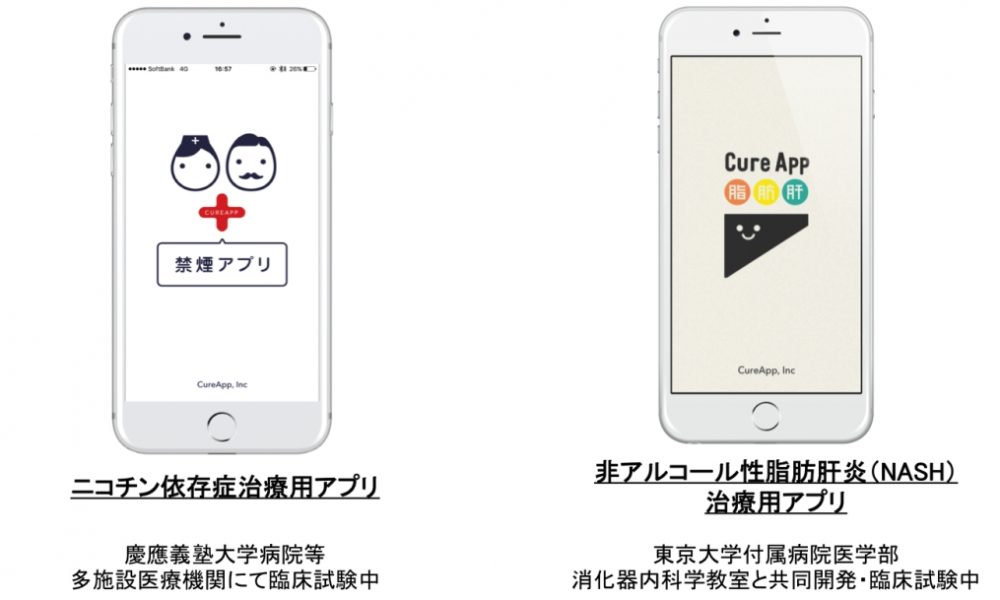 Tokyo-based therapeutic application CureApp, on Monday, has announced that it has secured a fundraising round worth 380 million yen (about US$3.38 million) led by existing investor Beyond Next Ventures along with the participation of Keio Innovation Initiative and SBI Investment.

With the latest capital, the firm intends to enhance its research and development system in order to realise a personalised disease treatment mobile application, as well as to progress the utilisation of ICT and AI for medical care and nursing care in Japan. This financing round also follows the procurement of a 100 million yen (about US$8.9 million) from Beyond Next Ventures back in October 2015.

Founded in July 2014 by Dr. Satake Kota and Shin Suzuki, CureApp, Inc. is a MedTech venture that aims to leverage on the evolution of mobile technology to develop a medical app that exhibits therapeutic effects against diseases as a form of new medical treatment.

The company has launched a nicotine addiction treatment app jointly developed with the Division of Pulmonary Medicine from the Keio University’s School of Medicine. The smoking cessation app, launched in February 2015, is currently conducting clinical trials in many locations.

In addition, CureApp had also jointly developed a NASH (non-alcoholic steatohepatitis remedy) treatment app with the Department of Gastroenterology at the University of Tokyo, which is currently under the clinical trial process as well. NASH is a form of hepatitis caused by obesity or diabetes and is one of the typical lifestyle diseases treatable by improving dietary habits.

Besides, a participant of the Hiyaku Next Enterprise program, an innovation encouragement program sponsored by the Japanese Ministry of Economy, Trade, and Industry, CureApp also plans a horizontal spread of medical apps for the treatment of other lifestyle diseases including diabetes, depression and lung cancer which has been difficult to intervene so far.

CureApp is also seeking a way to expand its business to the United States through cooperation with local medical institutions. As having the apps approved by U.S. Food and Drug Administration after clinical trials would make global development possible.

The CureApp series of mobile apps can be downloaded from the iTunes AppStore and Google Play, but due to the nature of these applications, they are premised to be used under the guidance of an affiliated medical institution.