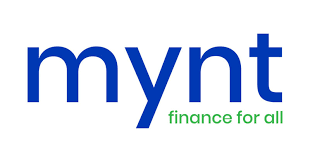 The Philippines-based payments app, Mynt, has become the first tech unicorn in the country after raising over $300 million in a funding round that valued the company at over $2 billion.

It is the fintech arm of Globe Telecom and the operator of the popular mobile wallet GCash. It announced that the funding round was co-anchored by global investment giant Warburg Pincus and private equity and venture capital investor Insight Partners.

“This is further proof that our growth and achievements have not gone unnoticed,” said Martha Sazon, President and CEO of Mynt.

Founded in 2004, Mynt was 45% owned by Ant Group and Globe Telecom each, while Ayala Corp held the remaining 10% prior to the latest funding round.

Mynt offers many financial services, including credit, savings, insurance, loans, and investments. The assets under management of its GSave product have grown to over P9 billion ($178 million), from P5 billion in 2020.

Mynt closed a $175 million funding round that valued the company at nearly $1 billion from Bow Wave and existing investors in January. It claimed to have served over 48 million people. The current number of its merchants and social sellers stands at 3 million.

“We believe that GCash has created the most compelling product to reach the massively underserved market in the Phillippines,” said Deven Parekh, Managing Director at Insight Partners.

Ernest Cu. chairman of the board at Mynt and president and CEO of Globe, said the investment from Warburg Pincus, Insight Partners, and the other investors “further validates the strides” that Mynt has made in providing access to financial services to more Filipinos.

“Together with the continued support of Mynt’s existing shareholders, we are confident of furthering Mynt’s market leadership and creating positive and transformative disruption in the Philippine financial services sector,” he added.

The company has also announced they will be launching “Buy Now, Pay Later” products within the year.

“The investment into Mynt marks our continued commitment and strong belief in the long-term prospects of the Philippines as one of the fastest-growing digital economies in the region,” said Saurabh Agarwal, managing director of Warburg Pincus.

About 70% of the country’s adult population is either unbanked or underbanked with very low penetration of financial products, Agarwal noted. That being said, the country’s economy is growing at 2-3 times the rates of developed markets. As the demand for financial services continues to grow, Agarwal expects much of it to be served digitally.