Singapore-based Startup, Refash Raises US$ 294K In Seed Funding Round 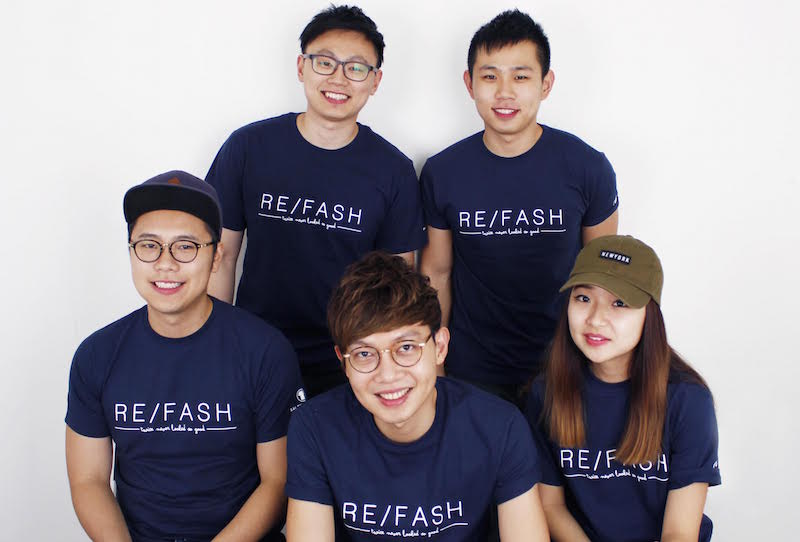 A startup enterprise based in Singapore, Refash has recently announced that it has raised S$400,000 (approximately US$294K) worth of fundings for its starting seed round. The funding round was led by Singapore’s Tri5 Ventures and Malaysia’s Tinkbig Ventures.

For those uninitiated, Refash was named after the concept of “refashioning” which means the reinvention of a new type of fashion trend where people can still spot a different outfit daily without burning a hole in their wallet.

The idea was also borne out of the alarming environmental consequences of trending fashion where 41.5 million kilogram of clothings were being disposed by Singaporeans annually.

Hence, Refash hopes to hone and grow the acceptance of Singaporeans in the practice of buying and using second-hand clothings by mediating the process and provide a solution to resell clothing surplus efficiently, easily and quickly.

In other words, Refash aims to help women clear their wardrobe through providing a retail platform for women to buy and sell their clothing items efficiently. The startup also look forward to refashion the concept of “buying” for shoppers, enforcing the idea that they do not have to hold on to the clothes forever.

“The disposing of so much clothing is a real waste, literally. Rather than just throwing away, I believe in the immense potential in the problems we are solving – bursting closets, clothes wastage and rising landfills to dispose these clothes”, said Refash CEO and Founder, Aloysius Sng in e27.

Hence, by creating a system which facilitates fashion resell, users who wish to clean out their closets just have to pack their unwanted items and the rest is handled by the Refash team where the team will then sell the items on their platform and outlets.

“People who want to clear their closets of unwanted clothes just need to pack and have them picked up by Refash. We will do the rest,” Aloysius Sng adds.

Since its launch in January 2016, the idea has been proven profitable as the six-months old enterprise has already earned a revenue of S$250,000. Selling more than half of the 40,000 “looking-brand new” clothing items which it has processed. Additionally, the startup has also successfully cashed out at least S$150,000 to its sellers.

Reportedly on e27, Refash plans to use the fundings on enhancing its technology, both on the front-end platform as well as their back-end inventory system. It also plans to build on its business networking group of resellers to facilitate quicker movement of the items.

Besides that, Refash with Tinkbig Venture on board. also has the ambition to expand its market to Malaysia by the end of the year.

About Refash:
Refash is a Singaporean-based fashion portal that sells second-hand fashion, helping women get rid of clothes they no longer want to keep. Refash collects clothes from sellers and processes them which includes taking snapshots of the item before listing them on the website for sale.