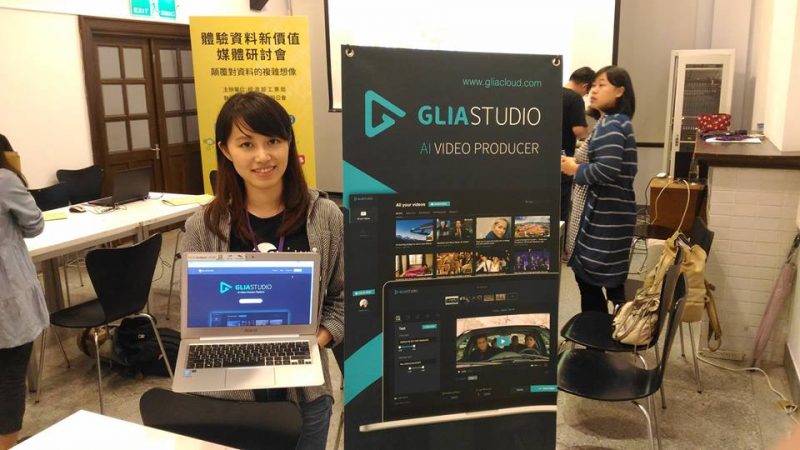 GliaCloud, an AI video creation startup based in Taiwan said it has secured a US$500,000 seed funding. The round was led by Infinity Venture Partners (IVP) with participation from several unnamed angel investors.

Users simply need to provide their content in text, and the platform will automatically edit relevant images and video clips, as well as dubbing over it to create a video.

GliaStudio is available in English, Chinese, and Japanese as it targets e-commerce platforms and merchants as well as media companies in Greater China and Japan.

So far, the startup has partnered with 10 media companies in the Greater China region including Toutiao, the Chinese news curating app and BusinessNext, the Taiwanese leading tech news media to generate more than 1000 video clips each day.

Founded in July 2015 by Taiwanese Canadian entrepreneur David Chen, GliaCloud aims to corner the market on the new necessity in media and content development which uses video.

With video content being prevalent to dominate mobile and social media traffic, GliaStudio plays a significant role in helping online publishers to reach their audiences without making huge investments.

Moreover, with this funding having Japan-based IVP participate in as an investor, further massive expansion into the Japanese market is to be expected.

Last year, the company won the Aliyun Award at the Tech in Asia Singapore startup competition.