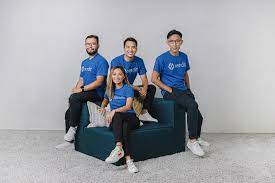 Indonesian-based payment platform Xendit recently announced that the firm has raised $300-million in fresh funding. The company hit unicorn status in its last round of funding in September 2021 but did not disclose the company’s valuation after the recent funding round.

The funding round was led by Coatue and Insight Partners with participation from investors such as Accel, Tiger Global, Kleiner Perkins, EV Growth, Amasia, Intudo, and Justin Kan’s Goat Capital.

The latest funding round has seen the total funds raised by the company since 2015 to $538-million.

The latest funds raised will be used to bring fresh capital to continue the expansion of the firm’s digital payments infrastructure across the region. According to the company, part of the funding will be used to expand into new markets, like Thailand, Malaysia, and Vietnam. The company which bills itself as “the Stripe of Southeast Asia” also plans to add value-added services in addition to payments, like working capital loans.

Xendit claims it has more than 3,00 customers including the likes of Samsung Indonesia, GrabPay, Ninja Van Philippines, Qoala, Unicef Indonesia, Cashalo, and Shopback.

Over the last year, the company tripled annualized transactions from 65-million to 200-million and increased total payments value from $6.5-billion to $15-billion. The company recently invested in Bank Sahabat Sampoerna, a private bank in Indonesia that focuses on micro and SME business, as well as banking-as-a-service for technology-enabled businesses. Additionally, the company complements its expansion into the Philippines by making strategic investments in the local payment gateway, Dragonpay.

Southeast Asia is a compelling backdrop for investing, innovation and disruption, with 61% of 670-million people under 35 years old. The next generation of entrepreneurs is quickly moving online and the surge in growth is creating higher living standards and increasing consumer demand, especially in e-commerce, fintech, travel, and transportation.

Tessa Wijaya also went on to explain why the payment landscape in Southeast Asia is different than in the US. Wijaya stated that “ while the U.S. builds everything around credit cards, you just cannot do that in Southeast Asia. Credit card penetration is extremely low, especially in countries like Indonesia, so we have to help merchants offer alternative payment methods.”

Xendit was the first Indonesian tech startup to pass through the acclaimed incubator YCombinator and is the top Southeast Asian company on the YCombinator Top 100 list.