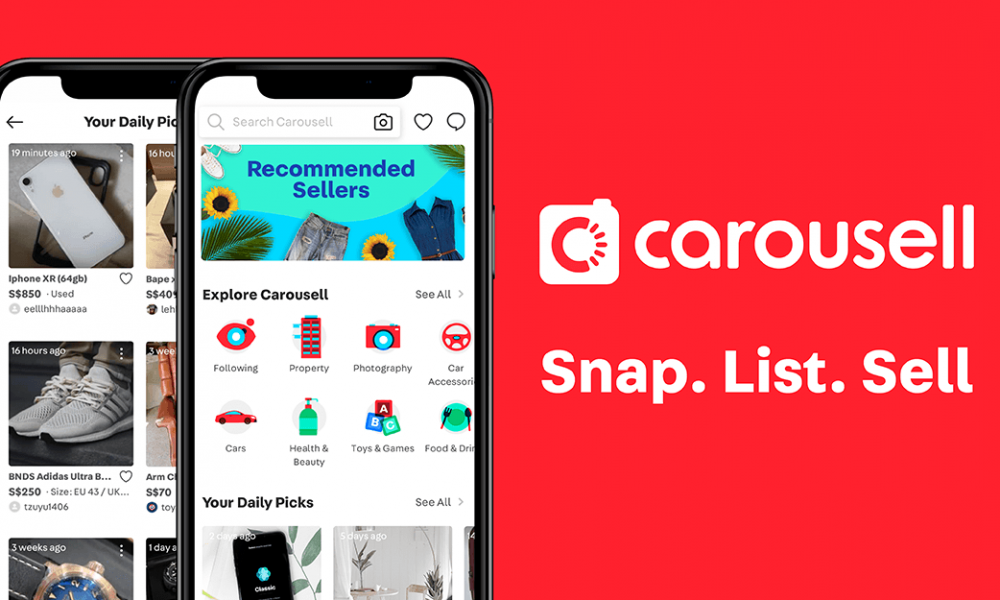 Singapore-based online classifieds business platform startup Carousell is on the brink of becoming Southeast Asia’s next premier unicorn and is poised to become the region’s dominant digital marketplace.

Its recent merger with Telenor Group’s former subsidiary 701Search gave it control over three other digital marketplaces that are the leading online classifieds marketplaces of their respective countries, namely Mudah in Malaysia, OneKyat in Myanmar and ChoTot in Vietnam.

The strategic merger means that Carousell was able to extend its commanding presence into two new additional markets in Vietnam and Myanmar, besides its current existing markets of Malaysia, Singapore, Philippines, Hong Kong, Indonesia, Taiwan, and Australia.

Before the merger with 701Search, Carousell had a core valuation of US$560 million, but the new merger will see the valuation of the startup leap to an astounding US$850 million, which is just a tad shy of the US$1 billion needed to become a unicorn.

Clearly, Carousell is the leading startup in Southeast Asia with the best prospects of claiming the region’s next unicorn mantle. Still, despite all the hype and buzz surrounding the company’s merger which propelled its valuation to near-unicorn status, Carousell as a whole remains firmly grounded and is still focused on building a sustainable and meaningful business.

In fact, the startup’s chief financial officer, Rakesh Malani, said that the company remains steadfast and committed in its approach to building the business progressively, and is in no hurry to make optimization for a higher valuation a major constant priority. Mr. Malani elaborated further by saying that Carousell will explore how best to leverage on the new markets of Vietnam and Myanmar that they were given access to as a result of the merger.

By focusing on delivering real results, enhancing its business performance and taking the time to do the right things, Mr. Malani believes that Carousell will continually add value to the company and eventually achieve high valuation and unicorn status as natural by-products as a result of their efforts.

Co-founder Marcus Tan also echoed Mr. Malani’s sentiments, saying that the startup remains focused on nurturing and developing its vibrant community, always keeping in mind the needs and priorities of its community members. By serving the interests and needs of its community and taking care of them well, Carousell will achieve unicorn status as a matter of course. Mr. Tan backed up his words with the appropriate actions; at one time the company managed only seven new users a day, but they still emailed and followed up with every single person that did sign up, paying close attention to their feedback and staying in touch.

Eventually what made Carousell stand out from the rest was not just their digital marketplace platform, but their supportive community of dedicated users that made Carousell into the exceptional company that it is today. To better illustrate this point, the startup actually came up with a step-by-step lesson plan that teaches its elderly members how to get around the platform on their own.

Carousell also intends to promote environmentally sound and sustainable business practices. One of the company’s goals is to motivate users to adopt a “second-hand is the best choice” lifestyle, and to encourage more people to buy and sell from each other so as to create more opportunities. It also ran a campaign a few years back that encouraged users to donate their items for charitable purposes.

Carousell, the digital classifieds business platform startup, plans to maintain focus on developing its community and building their business progressively despite the hype surrounding its US$850 million valuation post merger.