Here’s Why You Have Not Found a Thai Unicorn yet 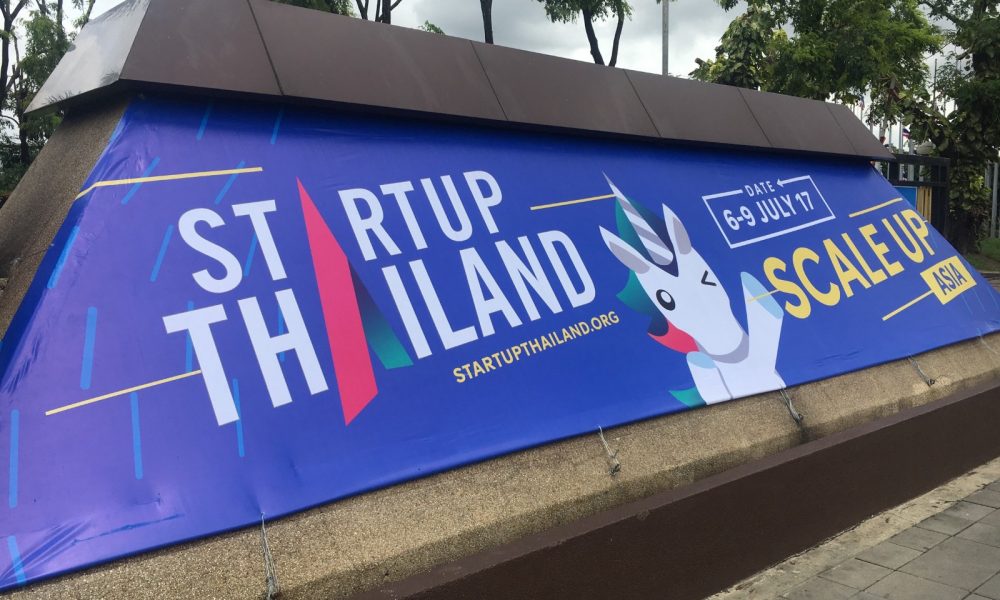 Thailand is the second largest economy in ASEAN. It boasts 70 million people, strong tourism industry and a famous destination for shopping.

Unfortunately, the country still doesn’t have a unicorn or a major startup that is recognized internationally.

That’s right. Despite recent efforts by both government and VC firms like Seedstars and True Incube, no Thai startup has come close to reaching the US$1 billion valuation.

The country’s startup ecosystem is still in the toddler stage if compared to regional neighbors of Singapore and Indonesia, which have each produced several unicorns of their own.

So why is that? Let’s take a look into the startup ecosystem in Thailand.

Thailand has seen a healthier startup ecosystem than how it started out 8 years ago.

With the onset of the information age, the number of startups setting up a business in Thailand is exploding.

In 2014, there were approximately 300 startups from various industries. But compare that with 2015, the growth was around 900% increase from the previous year, with about 2,500 startups.

In terms of financing, however, Thailand startups, according to TechSauce had only raised a total funding of about $61.25 million. This pales in comparison to the $7.5 billion raised by Singapore startups in 2018 across 189 deals.

Techsauce explains that while there have been increased investments in startups, Thailand is still very premature when it comes to securing foreign venture capital funds.

And should startups set up their headquarters overseas to raise funds, they may not even be considered as Thai startups even if the entrepreneurs are Thai,

Besides, the current Thai investment trend that is corporate venture capital (CVC) is still very much interested in the mainstream market of deep tech.

In any case, things are changing.

Starting out with only three startups in 2011, the country now is recognized by Startup and Digital Nomad Index as the best startup destination in Asia.

The country’s capital – Bangkok was ranked #7 in the world and #1 in Asia, being called epicenter of change, growth, and connectivity.

This is mostly due to the increasing support from the Thai government to the startup community, in an effort to position the country as an Asian startup hub.

Thailand’s Deputy Prime Minister Somkid Jatusripitak urges all sectors to join forces in building up a thriving startup ecosystem to push the country to be the startup hub of Southeast Asia.

The government has called for the Board of Investment (BoI) to spend 10 billion baht (about $312 million) of the Competitiveness Fund on the startup community, as well as implementing three startup-related laws.

The National Innovation Agency (NIA) is also overhauling its support program to accelerate startup progress, facilitating access to 44 billion baht (about $1.38 billion) in funding from various sources. NIA is looking to have 1-2 unicorns in 5 years.

Pun-Arj Chairatana, the executive director of NIA explains, “the growth of startups in Thailand is very limited because they don’t have a global or regional perspective.”

NIA will act as the system integrator, bridging and facilitating startups to venture capital firms or corporate VCs. The new strategy will be to groom and grow startups, on top of granting them with financial support.

Tying in with government efforts to speed up the growth of the Thai ecosystem are contributions from global tech giants like Google and Line.

While LINE Scaleup has opened up a platform that allows developers to build apps, giving them the chance to reach LINE’s 42 million users in Thailand.

As more and more initiatives are taken to mint the homegrown unicorn, the question is who is likely to become the first Thai unicorn.

“I think we can be the first one in Thailand,” said Cindy Kua, the founder of Sunday Ins Co, a Bangkok-based insurance tech company, speaking with the Bangkok Post in Singapore.

She explains that with most successful new companies in Southeast Asia being ride-hailing apps like Grab and Go-Jek, or e-commerce like Lazada, it can be very difficult to break into those markets.

“I really think the next big unicorn will be in insurance.”

Insurance aside, another industry to note in Thailand is tourism, given that it contributed 17 to 18 percent of the country’s GDP in 2017.

Startups in this industry include Local Alike, which equips residents with skills to handle visitors, training them to eventually run their own community-based tourism programs.

Most Thai startups are still small players and far from being a market leader.

Currently, Thailand does have several examples of successful international startups such as Cookly and Helpster.

Cookly is a platform for booking cooking classes that has its footprints in 20 countries, while Helpster is a growing on-demand staffing solution and recruitment marketplace.

However, both have been founded less than 3 years ago, and are still only in their seed stage of funding which would still take some time before they can finally test their business model.

Dusit Chairat, fund manager of AddVentures by SCG, said for startups to grow faster, they should begin with a promising idea that could solve customer’s pain point and evolve into a unicorn in the future.

“A unicorn is like a hero who inspires others and draws tech talents who work in giant firms like Facebook, Google, Apple to come back to Thailand and work with them. If they can attract these people, they would also attract investors to Thailand.”

In the end, the Thai startup ecosystem despite making headway is still in its early stages, and it would most likely be another few years before we can finally see a Thai unicorn.