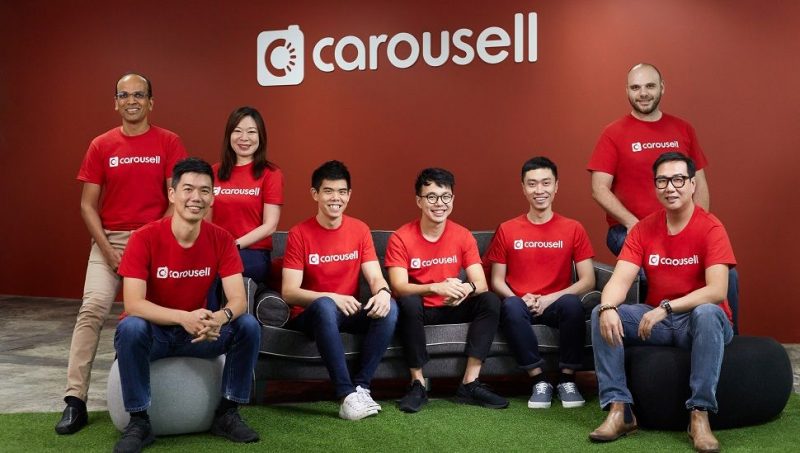 Singapore’s Carousell, a startup that operates in the online classifieds business space, announced recently that it had agreed to a merger with 701Search, a subsidiary of Norwegian multinational telecommunications giant Telenor Group.

The merger of the two entities will see the valuation of Carousell skyrocket to more than US$850 million from its current valuation of US$560 million, bringing it tantalizing close to the US$1 billion valuation mark that denotes unicorn status. As a result of the agreement, 701Search will cease to be a subsidiary of Telenor Group after the merger and will begin operations as a unit of Carousell, reporting to Carousell chief executive officer Quek SIu Rui.

As part of the deal, Telenor will now hold a 32 percent stake in the newly merged company, thus succeeding Rakuten Ventures to become the Singapore-based startup’s single largest minority stakeholder. The cash and equities deal saw Carousell acquiring 701Search assets and US$20 million in currency in exchange for some of the company’s shares to Telenor.

Discussing about how the merger with 701Search came into being, Carousell’s chief financial officer, Rakesh Malani, said that the entire process was very fluid and organic as both companies have been operating in the same space for quite some time and thus are quite familiar with each other.

701Search operates 3 digital marketplace platforms in Southeast Asia; OneKyat in Myanmar, Mudah in Malaysia and ChoTot in Vietnam. Following the merger, all three marketplaces will still keep their respective names and manage their business operations, though Quek Siu Riu will be fully in charge.

As well, Carousell will completely absorb 701Search’s Singapore-based regional hub team. Quek said that the strategic merger will accelerate Carousell’s plans to be Southeast Asia’s preeminent force in the online classifieds business space as the three aforementioned online sites are already the leading digital classifieds marketplaces for their respective countries. Besides the newly added entrants of Vietnam and Myanmar through ChoTot and OneKyat, Carousell has existing operations in the markets of Singapore, Philippines, Taiwan, Malaysia, Hong Kong, Australia, and Indonesia.

Even though the idea of being so close to achieving unicorn status might be an attractive and tempting prospect to some, Malani said that the company has its sights set firmly on the ground; the newly combined company will further examine how the merger will serve to enhance its business performance and grant access to potentially lucrative new markets in Vietnam and Myanmar.

He also emphasized that, as a result of the merger, the Singapore-based startup’s annualized revenue for the current year is now a whopping US$40 million, which is a substantial five-fold increase over its 2018 revenue of US$7 million. Malani added that so long as the company remains focused on delivering results and improving performance, the startup will eventually reach unicorn status as a matter of course.

Founded in Singapore in 2012 by Ngee Ann Polytechnic graduates Quek Siu Riu, Lucas Ngoo and Marcus Tan, Carousell is an online business to business and consumer to consumer marketplace that has received investments from notable parties such as Rakuten, 500 Startups and Quest Ventures. It managed to successfully raise US$85 million for its Series C funding round in May 2018, which was co-led by EDBI and Rakuten Ventures.

Singapore-based startup Carousell, though coming very close to being Southeast Asia’s premier unicorn in the online classifieds business space, is still focused on its core business and providing quality service and solutions for its users first and foremost. Nevertheless, by keeping its feet planted firmly on the ground, the company may soar to even greater heights and join Southeast Asia’s pantheon of unicorns sooner rather than later.